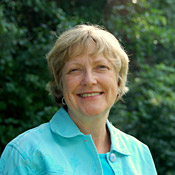 Legislation would require Iowa to ensure taxpayer dollars are spent on American-made products instead of rewarding companies that move jobs overseas.

“Whenever our tax dollars are spent, they should create jobs here, not overseas,” said Amanda Ragan of Mason City. “Many of Iowa’s roads, bridges, schools, water and sewage systems, and other infrastructure need repaired. As we get those jobs done, Iowa and American companies should have the first crack at public construction contracts.”

The legislation would require contracts for public improvements to use U.S.-produced iron, steel and manufactured goods. The requirement may be waived if it is not in the public interest, if American products are not available in sufficient quantities, or if the cost of the contract would increase by more than 5 percent. The legislation now goes to the Iowa House.

“This is a common-sense approach that is long overdue,” said Ragan. “The ‘Buy American’ approach has been used at the federal level for more than 80 years. President Reagan significantly expanded it to cover transportation projects. I hope Iowa will join other states that are putting American jobs first when it comes to tax-dollar supported projects.”

According to recent polling, Buy American policies are supported by broad, bipartisan majorities of voters, including 94% of Democratic voters, 90% of Republican voters, 88% of Independent voters, and even 89% of Tea Party supporters.

“I don’t believe our tax dollars should reward companies who move jobs to foreign countries,” said Ragan. “Iowa law should have a clear, reasonable, common-sense preference for American-made products when they are available and cost-competitive.”