This news story was published on November 22, 2011.
Advertise on NIT • Subscribe to NIT

MASON CITY – On Monday, Janelle Rammelsberg, age 28 of Mason City, was sentenced to an extension of her probation by three years after a negotiated voluntary guilty plea for delivery of lortab, a prescription pain medication.

Rammelsberg had been arrested along with fourteen other defendants in July of this year as part of an investigation by the North Iowa Drug Task Force.

Rammelsberg had remained in the custody of the Cerro Gordo County Sheriff’s Department since she was arrested in July, but was released in October. The release was part of pre-sentencing release agreement after pleading guilty to possession of a controlled substance with intent to deliver, a class C felony. The charge stems from Rammelsberg’s delivery of lortab on March 22nd 2011.

Court records show Janelle Rammelsberg had recently been released from residential treatment facilty before the drug delivery took place, and was already on probation. A probation revocation related to the new conviction was also addressed by Judge Colleen Weiland in court Monday by allowing the time Rammelsberg spent in Cerro Gordo County Jail waiting for trial on the drug delivery charge to count as time served for the probation violation.

Rammelsberg had been on probation for one of numerous theft convictions. Rammelsberg record also includes burglary, trespass, disorderly conduct, and possession of drug paraphernalia. 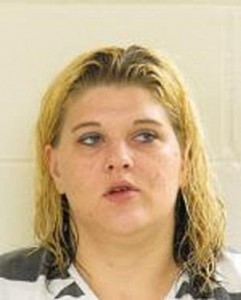