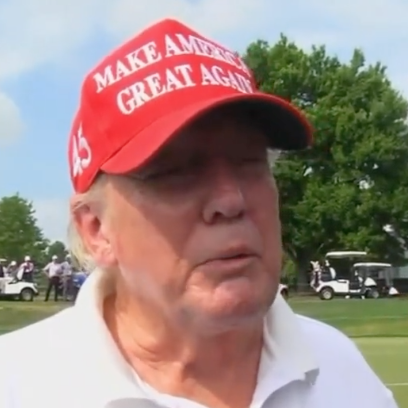 The Select Committee has issued a subpoena to former President Donald Trump for testimony under oath and records relevant to the investigation into the attack on the January 6th on the United States Capitol.

WASHINGTON, D.C. — Pursuant to a unanimous vote of the Select Committee, Chairman Bennie Thompson (D-MS) and Vice Chair Liz Cheney (R-WY) today announced that the Select Committee has issued a subpoena to former President Donald Trump for testimony under oath and records relevant to the Select Committee’s investigation into the attack on the January 6th on the United States Capitol and its causes. In a letter to Mr. Trump, Chairman Thompson and Vice Chair Cheney underscored his central role in a deliberate, orchestrated effort to overturn the results of the 2020 presidential election and block the transfer of presidential power, a matter central to the committee’s investigation as it reviews the facts and considers recommendations to prevent a recurrence of the violence of January 6th.

“As demonstrated in our hearings, we have assembled overwhelming evidence, including from dozens of your former appointees and staff, that you personally orchestrated and oversaw a multi-part effort to overturn the 2020 presidential election and to obstruct the peaceful transition of power.”

The letter underscored that Mr. Trump pursued efforts to overturn the election despite that claims of fraud were overwhelmingly rejected by the courts and refuted by his campaign staff and senior advisors.

“You took all of these actions despite the rulings of more than 60 courts rejecting your election fraud claims and other challenges to the legality of the 2020 presidential election, despite having specific and detailed information from the Justice Department and your senior campaign staff informing you that your election claims were false, and despite your obligation as President to ensure that the laws of our nation are faithfully executed. In short, you were at the center of the first and only effort by any U.S. President to overturn an election and obstruct the peaceful transition of power, ultimately culminating in a bloody attack on our own Capitol and on the Congress itself.”

Chairman Thompson and Vice Chair Cheney also made clear that the subpoena to Mr. Trump was not an unprecedented action, and that there is an established history of presidents providing evidence to Congress.

“Former Presidents John Quincy Adams, John Tyler, Theodore Roosevelt, William Howard Taft, Herbert Hoover, Harry Truman, and Gerald Ford each testified before Congress after they left office. President Roosevelt explained during his congressional testimony, ‘an ex-President is merely a citizen of the United States, like any other citizen, and it is his plain duty to try to help this committee or respond to its invitation.’ Even sitting Presidents, including Abraham Lincoln and Gerald Ford, also testified before Congress. Further, both former and sitting presidents including Presidents Nixon, Tyler, and Quincy Adams, have provided evidence in response to congressional subpoenas.”

The subpoena to Mr. Trump requires the production of documents to the Select Committee by November 4 and to appear for deposition testimony beginning on or about November 14.