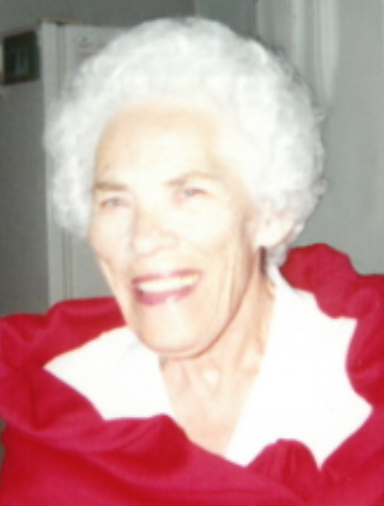 Jeanne Ingersoll, 100, of New Hampton, passed away peacefully on June 29, 2022 with family members beside her.

A funeral service for Jeanne Ingersoll will be held at 10:30 a.m. on Monday, July 11, 2022 at Hauser Weishaar Funeral Home in Charles City with Pastor Steven Shafer and David Tice from the Seventh-day Adventist Church officiating. Burial will be at Howardville Cemetery, rural Floyd, alongside many family members.

Visitation will be held one hour before the service at the funeral home on Monday.

Jeanne Isabel Ingersoll was born August 21, 1921 in Floyd, Iowa, the 6th child of Effie and Robert M. “Bob” Ingersoll. She attended the local rural and secondary schools in Floyd as she grew up.

Starting about the age of 7, she started visiting her newly-married sister and husband (Georgiana and Ted Ross) during the summers and other convenient times. She was often said to be reading magazine novels and books aloud to Ted as he was walking in the field with his horses, cultivating corn and other farming tasks. She carried this love of reading and, later, writing short stories throughout her earlier years.

When she was 21, she enrolled in the Women’s Army Auxiliary Corps (“WACS”) and spent the next year training in Georgia. She was honorably discharged in 1943. Jeanne moved to Arizona in the mid-50s and called Phoenix her home for many years until she returned to Iowa in 2017, due to health reasons.

While in Arizona, she furthered her education at Arizona State University, earning a Master’s Degree in Social Work. She worked briefly in Globe, Arizona, but returned to Phoenix with its mild weather. She always stayed busy with her church and many friends and relatives who always enjoyed her company.

She started losing her eyesight when approaching 90, but insisted upon staying in her small apartment alone where she knew every inch, inside and out. With the help of friends and a niece, she managed to remain there until the age of 96, when it was determined that she would be safer returning to her roots in Iowa.

She has since lived at Linn Haven Healthcare in New Hampton for the past five years until her death, where she was lovingly cared for by the staff and had regular visits by her family.