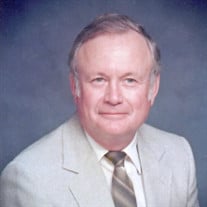 Earl Mason, 93, of Mason City, passed away Saturday, May 21, 2022 at the Iowa Veterans Home in Marshalltown.

The firstborn son of J.E. and Neva (Darnell) Mason, Earl was born on February 6, 1929 in Algona. Thirteen months later his younger brother, Bob, was born and the two were raised in Algona before the family moved to Mason City when Earl was six years old. He attended Mason City High School and graduated in 1947.

While attending Upper Iowa University, Earl returned to Mason City for the summer where he met Helen Rollefson. The couple quickly became neighborhood sweethearts and were united in marriage at Trinity Lutheran Church in 1951.

In 1953 the young couple moved to Baltimore while Earl served in the United States Army. Earl honorably served in the Army from 1953 until 1955. Following his discharge the family returned to Iowa.

Earl taught English for a few years before furthering his education at the University of Iowa where he earned his Master’s Degree in school administration. He worked in the public school system before he and Helen purchased a property in Waverly and converted the building into apartments. They managed those apartments for many years before moving to Keller, TX where he worked as a mortgage broker.

Eventually Earl and Helen returned to Mason City and opened a mortgage company which he owned and operated until his retirement at the age of 67. Throughout the years the family worked and lived in Plymouth/Bennett, Mason City, Forest City, Northwood, Eldora, Dysart, Toledo-Tama, Springville, Waverly, and Keller, TX.

Following his retirement Earl stayed busy lending countless hours to Habitat for Humanity, Iowa Renewable Energy, and the North Iowa Humane Society. He received an award from Habitat for Humanity building the most energy efficient home in the nation.

He is preceded in death by his parents; son, Rod Mason; and grandson, Chris Mason.