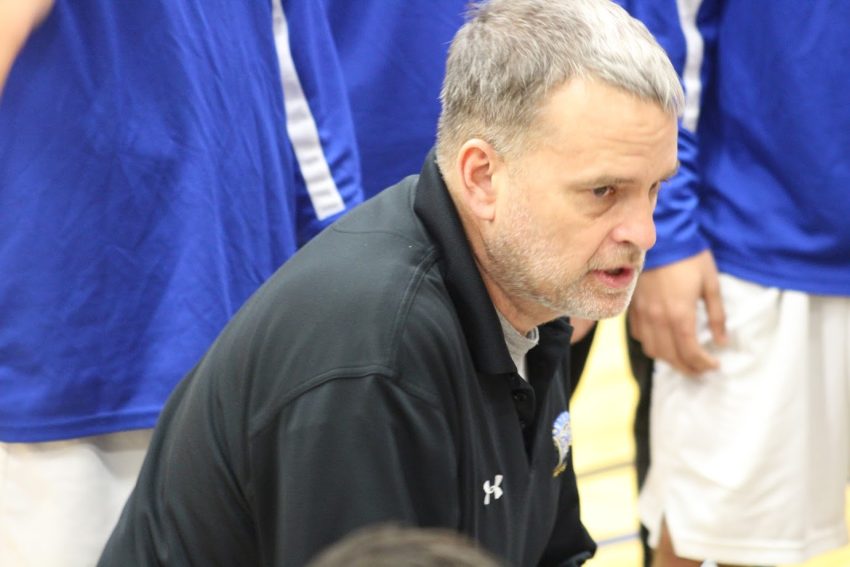 MASON CITY – There will be a couple of changes on the benches for the NIACC men’s and women’s basketball programs next season.

“I’ve been doing this a lot of years between varsity baseball, varsity basketball, college basketball and junior varsity games I’ve coached in well over 1,500 games,” Mohl said. “It’s kind of time to wind things down and I’ve always enjoyed being an assistant coach whether it be basketball or baseball. I’m excited about that. I have a couple of knee issues that I need to take care of. It’s time to transition into being more of a mentor and help out in that regard.”

Winters was an assistant coach under Mohl for the past 11 seasons.

“I know his goal is to be a head coach. We have our recruiting pretty much done so he doesn’t need to worry about going out and finding a bunch of players.”

The Trojans were 20-12 in the 2021-22 season and advanced to the semifinals at the NJCAA Region XI tournament.

“We’re in a good position to hand this thing off to him and hopefully he takes it and gets us to the national tournament, which obviously we didn’t do” Mohl said. “We thought we had a couple of good chances, which is pretty tough to do in our league.

“I think (Winters) will do great and I’m excited to see where he takes the program.”

“First of all, I’d like to thank the administration, coach Mohl, (athletic director) Cam Olson and (NIACC president) Dr. (Steve) Schulz for giving me the opportunity to put me in place as an interim coach,” Winters said. “The last 11 years with coach Mohl has really opened my eyes. I’ve always had a dream to be a head coach and to be able to fill that here with the atmosphere that the athletic department has created is really exciting.”

Winters said he has learned several valuable lessons working under Mohl for more than a decade.

“I think the biggest thing is that coach Mohl is always calm and collected,” Winters said, “and he’s taught me about Xs and Os and preparation. Those are just the little things but I could go on and on about what I’ve learned from coach Mohl in the last 11 years.”

Winters said he’s looking forward to having Mohl remain in the program.

“Not a lot of first year coaches get to have a guy with 20-plus years of coaching experience as an associate head coach,” Winters said. “To be able to sit down and bounce ideas off him is going to help me be successful.”

Vaught, whose team was 22-9 overall and advanced to the final four of the NJCAA Region XI tournament in the 2021-22 season, said he’s looking forward to having Mohl join his coaching staff.

“I’m so excited that coach Mohl will be joining the NIACC women’s basketball coaching staff,” Vaught said. “He’s an outstanding coach and Iowa Hall of Famer. He will make our program better.”

Mohl said he’s looking forward to being a part of both the men’s and women’s programs starting in the 2022-23 season.

“Brad’s a great guy, just like Jeremy,” Mohl said. “I’m here to support them and I’ll help if they’re looking for ideas.

“It’s their program and I like I’ve told them, they just need to tell me what they want me to do. Brad has done a great job. We had 22 wins on the women’s side last year and 20 on the men. That’s pretty impressive. Brad brings a lot of energy, obviously, and he’s in charge and he’ll do a great job with it.”