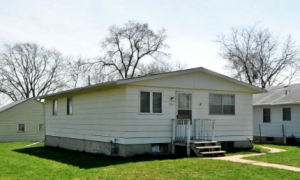 WASHINGTON, D.C. – State and local governments have made over 1.4 million Emergency Rental Assistance payments to households and distributed $7.7 billion since January

The state and local government grantees of the Emergency Rental Assistance Program (ERA) increased the number of households served to more than 420,000 last month, up from 340,000 in July. Over $2.3 billion in rental assistance was distributed in August, which represents roughly three times the amount spent in May. While many jurisdictions have more work to do to meet the urgent demand for this relief in their communities, grantees saw significant growth in August —particularly among state and local agencies that adopted the Treasury’s recommended best practices.

Through August 31, state and local ERA programs have distributed more than 1.4 million payments to households, totaling more than $7.7 billion to support the housing stability of vulnerable renters. For context, the most recent Census Pulse survey suggests that approximately 3 million households expressed concern about imminent eviction. Of all these households, Census Pulse data also indicates that those with the lowest incomes are the most likely to be at risk of eviction. Of all households reporting that they are behind on rent, two-thirds of them earn less than $35,000 per year. Previous Treasury data has demonstrated that ERA funds are reaching these tenants, with more than 60 percent of households served having extremely low income (falling at or below 30 percent of area median income).

When the Emergency Rental Assistance Program launched earlier this year, there was little state and local infrastructure to deliver emergency rental assistance— most rental assistance grantees needed to start programs virtually from scratch.