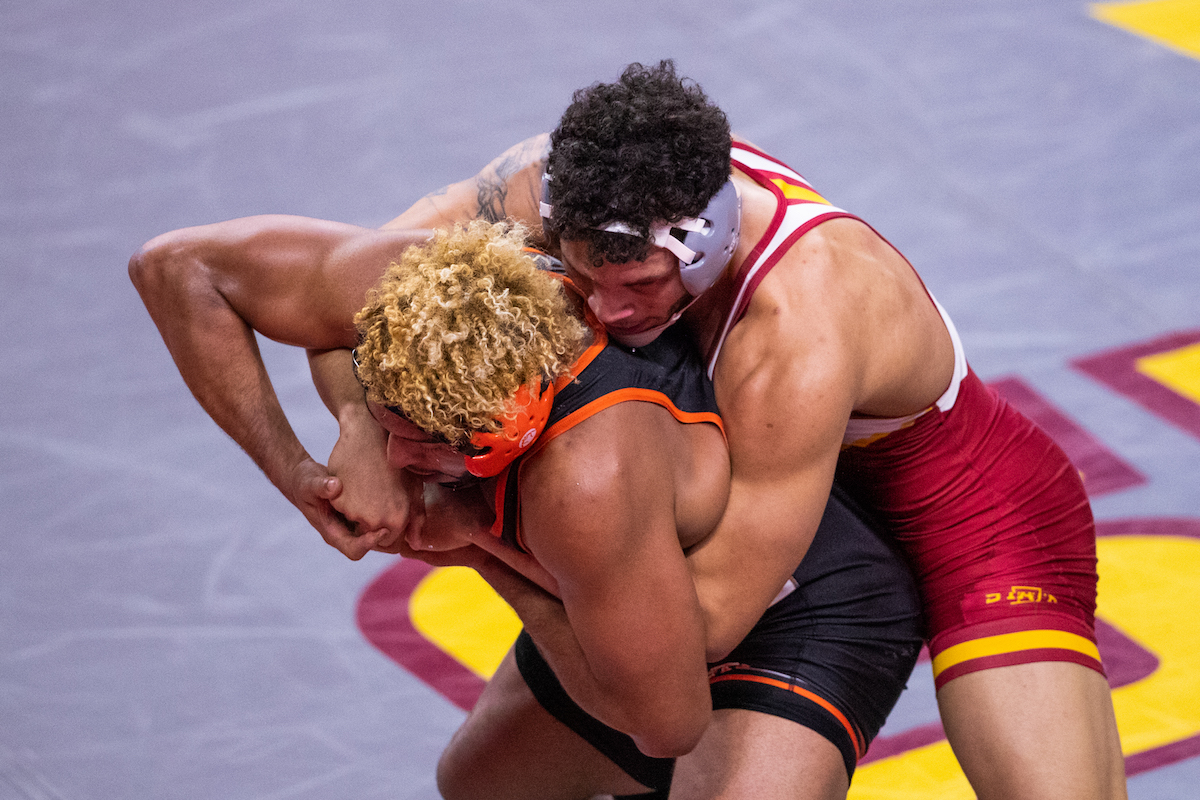 In the varsity dual, the Cyclones won eight of the 10 bouts, with seven of their eight wins coming by bonus-point variety. Three true freshmen got the nod in the starting lineup, with all three coming away victorious.

At 133 pounds, Zach Redding posted a 16-1 technical fall over Joe Pins. The Manorville, N.Y., native tallied four takedowns and a trio of two-point nerfalls en route to victory. Cam Robinson followed suit at 149 pounds. He won by 15-3 major decision over Brady Fritz, scoring on four takedowns and a four-point nearfall to cap off the match. At 197 pounds, Yonger Bastida began his Cardinal and Gold career with a 15-8 win over Kobe Woods. Bastida racked up six takedowns in the match, cruising to victory.

Along with those ISU rookies, sophomore Tate Battani also made his debut in the Cyclone lineup. The Huxley, Iowa, native recorded a15-7 major decision over Jordan Bushey. Battani scored all of his points in the second and third periods, which included six takedowns.

Senior Alex Mackall got the dual started in impressive fashion. It took him just 2:55 to turn Owen McClave to his back and secure the fall. Fellow senior Ian Parker also collected bonus points for the Cyclones, taking out Kris Rumph by 9-1 major decision.

Sophomore David Carr had his offense on full display at 157 pounds. He notched two takedowns and three, four-point nearfalls as he went on to win by 17-0 technical fall in 4:42.

Senior Gannon Gremmel closed out the varsity dual with a 17-4 major decision against Jordon Brandon. Gremmel scored on four takedowns, a four-point nearfall, a pair of stalling calls, two escapes and riding time.