This news story was published on October 24, 2020.
Advertise on NIT • Subscribe to NIT

FORT DODGE – A Fort Dodge man is charged with attempted murder after an alleged knife attack Saturday morning on an elderly family member.

Saturday morning at approximately 4:40 AM, the Webster County Telecommunications Center received a call indicating that a female family member had been injured by another male family member. Information provided at the time indicated that a male had cut another family member with a knife and was still on scene. The location of the incident was believed to be at 504 North 3rd Street in Fort Dodge.

Officers with the Fort Dodge Police Department responded to the scene. As they arrived, they encountered a male at that above listed residence. The male was detained without incident. After contacting the male, officers entered the residence and located a female with significant injuries to her neck and abdomen area. Medics with the Fort Dodge Fire Department were immediately dispatched to the scene, and the female victim was transported to Unity Point – Trinity Regional Medical Center with serious, but non‐life‐threatening injuries.

Upon investigation, it was determined that the 71‐year‐old female victim had been cut and stabbed with a knife. Based on the information and evidence gathered, 37‐year‐old Reino Bodady of Fort Dodge was arrested and charged with Attempted Murder (B Felony). He is currently being held in the Webster County Jail. 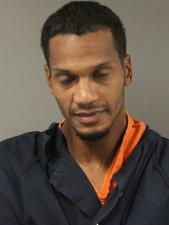