This news story was published on October 12, 2020.
Advertise on NIT • Subscribe to NIT

CHARLES CITY – A Charles City woman was arrested for drunk driving after a dispute this weekend.

Officers with the Charles City police department responded on Saturday, October 10, 2020 at about 10:01 PM to the 400 block of 3rd Avenue for a noise complaint and verbal dispute.  After a dispute, police arrested 42-year-old Rebeca A. Schilling of Charles City for first offense operating while intoxicated.

Schilling was jailed and soon released pending a court date. 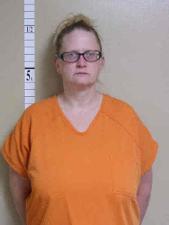