This news story was published on July 9, 2020.
Advertise on NIT • Subscribe to NIT

PALO ALTO COUNTY – A North Iowa woman was arrested after a disturbance. 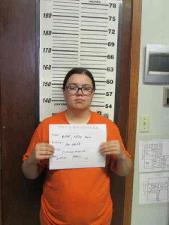