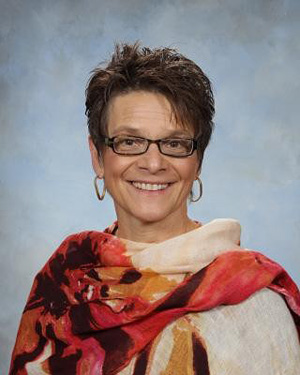 MASON CITY – The Auditor of the State of Iowa today released a bombshell report that alleges  over $2.2 million of improper disbursements in the Mason City School District under former Superintendents Anita Micich and Mike Penca.

The Cerro Gordo County Attorney’s Office has been notified of possible crimes in the matter and the public awaits any potential actions by County Attorney Carlyle Dalen.

A source close to the Mason City School District told NIT this morning, “And now the public can understand why Mike Penca was not selected as the School Superintendent after Anita Micich left.  He was doing what Micich mentored him to do: Give himself and his top administrative staff Jodie Anderson and John Berg raises that the School Board did not approve.” 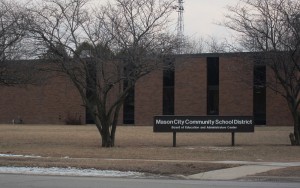 Auditor of State Mary Mosiman today released a report on a special investigation of the Mason City Community School District (MCCSD) for the period July 1, 2009 through August 31, 2017. The special investigation was requested by MCCSD officials as a result of concerns identified with the allocation of salary increases approved by the MCCSD Board of Education (Board) and contributions to certain tax-sheltered annuity (TSA) accounts. These concerns were communicated to the Office of Auditor of State during a meeting preceding issuance of the report on the reaudit of the District’s audit report for fiscal year 2015 issued August 21, 2017.

The $1,344,314.30 of improper contract salary identified is comprised of actual salary issued to 66 employees which exceeded the authorized salary calculated using the percentage increases approved by the Board and other monetary benefits, such as vehicle allowances and cell phone allowances, awarded to employees without a provision in their contract and/or approval by the Board.

Mosiman also reported the Superintendent position held by Dr. Micich was shared between MCCSD and the Clear Lake Community School District (Clear Lake CSD) for the period July 1, 2010 through June 30, 2016. As part of that sharing agreement, MCCSD billed Clear Lake CSD for its portion of Dr. Micich’s salary and benefits. Based on a comparison of the percentage to be billed in accordance with the sharing agreement to the amount actually billed, $7,370.00 of overbillings from MCCSD to Clear Lake CSD were identified. Clear Lake CSD paid MCCSD for all billings received.

The report includes recommendations to strengthen MCCSD’s internal controls and overall operations, such as improving segregation of duties, ensuring all service contracts are reviewed and approved by the Board, reviewing various Board policies to ensure they are appropriate, complete, and properly followed. In addition, the Board, or a designated Board member, should perform an independent review of payroll to ensure approved salary increases are properly calculated and applied.

Copies of the report have been filed with the Division of Criminal Investigation, the Cerro Gordo County Attorney’s Office, and the Attorney General’s Office.

READ THE FULL REPORT FROM THE AUDITOR:

Statement from Dave Versteeg, Superintendent of Mason City Schools, on the Audit Report:

The special investigation was requested by the Board based on the findings and recommendations of the re-audit of the district released on August 18, 2017. This comes from the Board’s commitment to establish policies and to ensure open and accountable processes especially related to financial matters.

The investigation report is based on issues uncovered in the August 18, 2017 re-audit report. The results of this special investigation did not uncover any misappropriations after July 1, 2017. The core issues in the findings of the special investigation were corrected in July of 2017 as a result of the re-audit. The State Auditor confirmed that the district has taken appropriate corrective action.

o The claimed overpayment by Clear Lake CSD for the superintendent sharing agreement between 2010 and 2015. Also, the district requested a review of all sharing agreements between the two districts during this same time period, but this request was declined.

o The use of the words “overpayment” and “underpayment”. Employees were paid only for work which they did perform. In the case of almost all employees whose names are listed, any errors in the payments which they received were due to procedural shortcomings on the part of the district and the State Auditor has acknowledged that these shortcomings have been corrected.

o Payments to administrators who received $600 stipends in 2010. These payments were not made from the Phase II grant but were appropriately paid from the district’s general fund so as to keep administrator pay proportional to teacher pay in 2010.
“Providing quality education for ALL in a caring and responsive environment.”

A copy of the special investigation report is available in the Mason City Community School District Administrative Center, the Cerro Gordo County Attorney’s Office, the Iowa Department of Education, the Office of Auditor of State, and on the State of Iowa Auditor of State website at https://auditor.iowa.gov/reports/1530-4131-TOOZ.
The role of the Mason City Community School District Board of Education is to oversee the school district and to enact policy with the force and effect of law for the management and operation of the school district. The Board is taking responsibility to correct the issues uncovered and to ensure policies, state requirements, and best practices will be implemented and followed.

The Board of Education will hold its regular Committee of the Whole work/study session on Monday, January 7, 2018, in the Board Room of the Administrative Center located at 1515 S. Pennsylvania Ave., at 5:30 p.m. The Board will discuss the special investigation report in open session at this meeting and welcomes questions and comments from the public during this agenda item of the meeting.

NIT will report further on this matter in coming days and weeks.