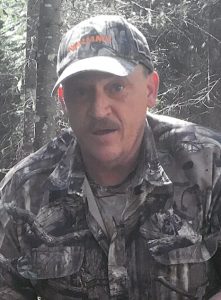 Mark A. Manning, 53, of Charles City, passed away Monday, October 9, 2017 at Mercy Medical Center-North Iowa in Mason City surrounded by his loving family.

A gathering of family and friends will be at Hauser Funeral Home from 6:00 to 8:00 p.m. Friday, October 13, 2017 and will continue one hour prior to the memorial service at the church on Saturday.

Mark Allen Manning was born on November 18, 1963 in New Hampton, Iowa to Allen and Betty (Johnson) Manning. He graduated from Charles City High School, and attended NIACC. While in school, he was a member of the swim team. He was known to check his trap lines before school, which led to interesting locker gifts for his friends. After graduation, Mark worked at Wallace in Osage. In 1988, he married Jonnie O’Connor and they were blessed with three wonderful sons. On May 7, 2005 Mark was united in marriage to Lainie Beatty at St. John Evangelical Lutheran Church in Charles City, and gained another son. Together, Mark and Lainie raised their boys. For many years, Mark worked as a journeyman plumber for Mick Gage. Most recently, he was the maintenance manager for Knapp Farms hog operations.

One of Mark’s greatest joys in life was being a dad to his four sons. He loved to watch his boys play sports; he was always the loudest fan in the stands. He attended their games, coached their teams, traveled to their tournaments, and supported them in every way. He was so proud of the wonderful young men they have become.

Mark was an avid hunter and outdoorsman; he especially enjoyed deer and turkey hunting with his boys and his dad, and coyote hunting with his friends. He loved to play golf and cards and pool. He enjoyed shooting guns, gunsmithing and making bows. One of his favorite things was fishing trips, especially with Lainie. He was a life member of the National Rifle Association, a member of Pheasants Forever, a member of the Nashua Fish and Game Club, the president of the city baseball organization, and served as a hunter safety instructor.

Mark lived life to the fullest. He loved to joke, and his laugh was the loudest in the room. Mark was able to fix anything. He was a jack of all trades and a master of most.

Mark is survived by his wife, Lainie, and his four sons: Matthew and his fiancé Amy of Dubuque, Taylor of Cedar Falls, Cassidy Beatty of Charles City, and Nate of Charles City; his parents, Allen and Betty Manning of Charles City; his sister, Carmen Manning, her husband Mark Mathias and nieces and nephew Madeleine, Kate, and Jack Mathias, of Eau Claire, Wisconsin; his aunt Lois Manning of Bloomington, Minnesota; loving cousins; and many, many friends.