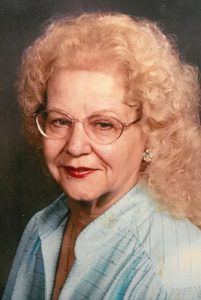 A funeral service for Judy Balsley will be held 10:30 a.m. Thursday, October 12, 2017 at First Baptist Church in Plainfield with Pastor Cal Turner and Pastor Clayton Balsley officiating. Burial will be at 2:00 p.m. at Sunnyside Memory Gardens in rural Charles City.

Visitation will be at Hauser Funeral Home in Charles City from 6:00 to 8:00 p.m. Wednesday, October 11, 2017 and will continue one hour prior to the funeral service at the church on Thursday.

Judith “Judy” Ann (Crooks) Balsley, the daughter of George Jr. and Merle Marie (Marvin) Crooks, was born February 8, 1944 in Charles City, Iowa. She received her education at a country school in rural Ionia and continued at the New Hampton High School.

On August 10, 1963, Judy was united in marriage to Glenn Balsley at the Little Brown Church in Nashua. Her devotion was taking care of her family (especially her children and grandchildren), but she also worked at Starr Home as a cook, at the Charles City Press in the Shopper division and at the Waverly Horse Sale in the kitchen.

Judy would also babysit for teachers and sell baked goods from time to time.

Judy was a member of First Baptist Church in Plainfield where she was active as a Sunday school teacher, youth choir leader (for Pilgrim Singers), church choir, Bible school teacher, Esther Circle, ABW and various other circles throughout the years. She accepted Jesus as her Savior and was baptized at the New Hampton Baptist Church (since Plainfield did not have a baptistery).

She was preceded in death by her parents; son in infancy; two brothers: Dennis (in infancy) and Gary Crooks; and two brothers-in-law: Ray Boyer and Ed Stoles.