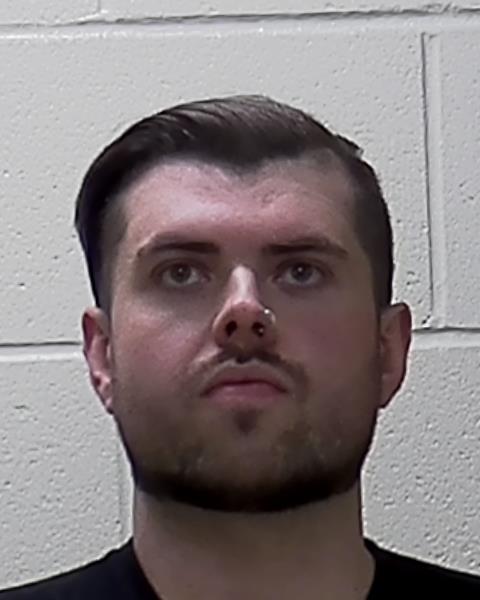 MASON CITY – A Clear Lake man is irate this weekend and promising a lawsuit after he was stopped for the second time in a week by a Cerro Gordo deputy and then arrested for tinted windows on his Escalade.

Hard-luck cell phone enthusiast and Clear Lake resident Philip Biermann was cruising downtown Mason City Friday night, March 31 at about 6:52 PM when a Cerro Gordo deputy pulled him over. “By the same jerk from last Tuesday,” Biermann quipped, via social media. “Waiting outside my shop stalking me,” he claimed. Biermann is referring to his cell phone repair store, Iowa Cell Phones and Repair, currently located on the plaza just outside Southbridge Mall.

“I just got my car towed and was no joke arrested…for window tint. I’m not kidding.”

Biermann was telling the truth, he was arrested. Cerro Gordo Sheriff Kevin Pals tells NIT “it was a tint citation”. By Biermann’s own admission, he had been warned before, but failed to clean up his act.

“I have 1 warning and 1 ticket on this car and he arrested me for the 3rd, never heard of it in my life…he told me mine was 1% and said it was the darkest he’s seen haha,” Biermann mocked. “He spent like 4 hours dealing with arresting me with backup for tint.”

Sheriff Pals disputes that claim, telling NIT “no back up called”.

Philip Biermann seems to be confused and extremely angry about the law being applied to him for his alleged law-breaking, and seems bitter about how the arresting deputy treated him during the stop.

“I asked him over and over who put him up to it,” Biermann explained. “I literally got off work got in my car and the second I pulled out of my parking spot I was pulled over. It’s stalking. He never read me my rights either.   I asked him if I was getting punked or if he was joking … he pushed me up on the hood and cuffed me then impounded my Escalade … thank God I renewed my tags. I filed a complaint with (the deputy’s) supervisor immediately.

“I’m going to sue them,” Biermann threatened, apparently blaming his arrest on profiling his “vibe”.

“He seems like he gets a personal high off it,” Biermann said, in some sort of attempt to psychologically evaluate the law enforcement officer. “Especially seeing peoples reaction to him over abusing his power, best part I’ve run into so many others that are young and wear my vibe of stuff that have had ridiculous situations with him, he has a personal vendetta against anyone who has a flat bill hat, who is young, tattoos, etc. If I were some doofy dressed like a 40+ year old dad I’d get a warning.”

Instead, Biermann, age 30, was carted off to the Cerro Gordo county jail, for a routine he knows all too well – booked, photographed and held before being released.

Biermann was ticketed just days earlier, as he alluded to, on Tuesday, March 28. He claims the same deputy ticketed him that day. He was cited for fraudulent use of a registration.