Lacey Prohaska, age 30, was arrested by Charles City police on the afternoon of July 19. Police were called to the 1000 block of South Grand Avenue when she was spotted there. Prohaska had been wanted since June 30 on an arrest warrant for failing to appear in court for an arrangement connected to a case of operating a vehicle without the owner’s consent. She is being held on $4,000 bond at this time.

Prohaska is also awaiting a July 27 trial for trespassing and interference with official acts in Floyd county. She had been arrested on June 5 by Charles City police at the 1200 block of 11th Street that morning. Earlier this year, she was arrested in a separate incident at a Charles City hotel for the same crime. On April 10, she refused to leave a hotel in the 1300 block of South Grand Avenue. She was charged with trespassing and later pleaded guilty. She was ordered to pay $162.53 in fines and court fees. 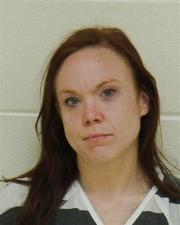