CHARLES CITY – A man causing a disturbance at a Charles City residence was arrested and taken to jail early Sunday morning.

On November 2 at about 1:16 AM, Charles City police officers were dispatched to the 700 block of Riverside Drive for a disturbance involving people yelling and screaming. Upon arrival and investigation, police determined that Wesley Sanders-Lane, age 27 of Charles City, was drunk and he was taken to jail.

Sanders-Lane pled not guilty and awaits a December 3 non-jury trial.

Sanders-Lane was also arrested and charged by Charles City police for the same offense on October 26. He awaits a hearing in that case. 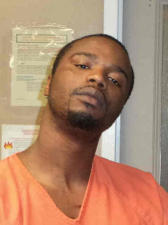