MASON CITY – A Detroit, Michigan man was arrested after law enforcement was called to a fight at Wal-Mart.

Mason City police received an emergency call on the morning of September 5, 2014, about a fight at the Wal-Mart store, located at 4151 4th Street SW. It was reported that two males were engaged in a fight at the store.

Police arrived and at first were unable to located the subjects. Soon, officers called in Cerro Gordo deputies to assist; at least seven law enforcement officers joined in the hunt. Eventually, one subject was located, Darnell Desmond Blissett, age 19, of Detroit, Michigan. He was arrested and booked into jail.  Police told NIT that the victim was not seriously injured but declined to press charges.

Ten days later, Blissett pled guilty to one count of disorderly conduct under city code and was ordered to pay $195.00 in fines and court costs. 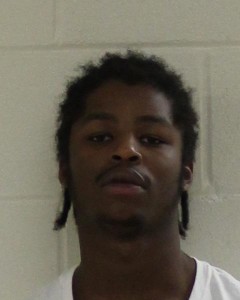 2 Responses to Detroit man arrested after fight at Wal-Mart