This news story was published on November 28, 2011.
Advertise on NIT • Subscribe to NIT

MASON CITY – Shortly after 9pm on Saturday, November 26th, two inmates were involved in an altercation in the mens general population area of the Cerro Gordo County Jail. Jail staff drew and activated tasers, but did not have to deploy them to stop the altercation.

As a result of the altercation William Odell, age 40, of Mason City was charged with one count of simple assault as a result.

William Odell is currently awaiting sentencing on December 6th at 9:40am in Cerro Gordo County District Court in two felony cases. Odell pled guilty as part of a plea bargain to have one felony count of 2nd degree theft $1,000 to $10,000 amended to a simple misdemeanor conviction of 5th degree theft not over $200. The case is a result of Odell being in possession of several stereo equipment items that were stolen from Adas Israel Synagogue in a burglary.

In Odell’s other case, he plead guilty as part of a plea bargain and is also awaiting sentencing. Odell was originally charged with domestic abuse assault while displaying weapons an aggravated misdemeanor, and control of a firearm. Court records show as part of the plea agreement he will be sentenced on lesser charges of simple domestic abuse assault and possession of a firearm by a felon.

The domestic assault and firearm case was a result of Odell barricading himself in a home on the cities north end and having a standoff with law enforcement in August.

William Odell has been moved from mens general population to the mens maximum security wing of the Cerro Gordo County jail, further court proceedings are pending in his latest violent criminal behavior. 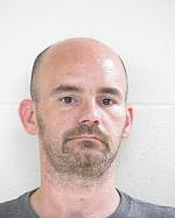 Subject is innocent until proven guilty.