MASON CITY – He stands accused of torturing a dog, leaving a child home alone, and beating up a woman, but says he’s innocent – and will soon stand trial.

Witham allegedly left his 7-month-old daughter home alone earlier this month in addition to the felony charge of domestic abuse. In addition, he is accused of torturing a female dog named Kiara that police found stuffed in a bag inside his garage. After getting out of jail – briefly – he announced via social media that he is “getting a cat” along with a picture of an orange kitten.

Witham is being held in the Cerro Gordo County Jail on $5,000 bond. 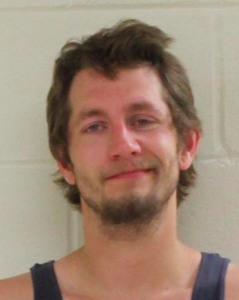