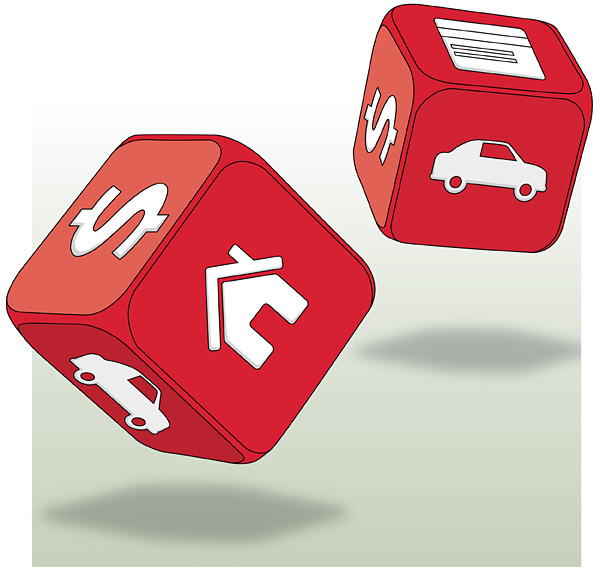 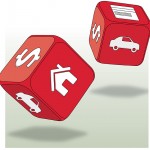 “Investing in the places we all call home,” a recent JPMorgan Chase television ad intoned. “This is the way forward.”

Somehow those folksy messages never seem to get around to mentioning another part of the banking business: high-pressure trading rooms where a company’s best and brightest bet hundreds of millions of dollars on arcane financial instruments such as over-the-counter synthetic derivatives and credit default swaps.

These activities aren’t showcased in ads and news releases, but they are as central to modern banking as certificates of deposit and debit cards. The risks are considerable, however, a fact underscored by JPMorgan Chase & Co.’s recent loss of at least $2 billion on such trades.

Coming just four years after the financial collapse of 2008, JPMorgan’s humbling admission has spurred lawmakers, regulators and even many seasoned Wall Street hands to question whether banks — shepherds of trillions in consumer deposits — should be allowed to make such investments at all.

Speculative trading can turbocharge profit in a way a revolving credit card loan portfolio cannot, but it comes at the risk of losses that, at the extreme, could threaten the bank itself or force yet another taxpayer bailout.

“We have to understand that these losses are not rare,” said Christopher Whalen, senior managing director of Tangent Capital Partners in New York. “These are recurring events that have to do with the fact that banks don’t want to lend money. They want to trade opaque, illiquid securities that are not well understood, and I’m not sure banks should be doing that.”

For decades, banks were prohibited from such trading by the Glass-Steagall Act, a Depression-era law separating retail and commercial banking from investment banking and trading. But both the spirit and the letter of that law were progressively weakened over time and abolished in 1999, clearing the way for a huge expansion of activities that had little relationship to conventional lending and borrowing.

Now an increasingly large share of bank profit comes from closely guarded trading operations with limited outside oversight, run by people chasing seven-figure bonuses who treat FDIC-insured deposits like so many chips at the Wall Street casino.

JPMorgan’s chief investment office, which made the infamous trade, has a few hundred traders, only a small portion of the company’s 260,000 employees worldwide, but those traders manage about $360 billion, more than 15 percent of the assets of the nation’s largest bank.

And because bigger bets can spell richer rewards, the most aggressive speculation is concentrated at the top. Just four banks — JPMorgan, Citibank, Bank of America and Goldman Sachs — control almost 95 percent of the marketplace for derivatives.

Derivatives are specialized investments usually tied to the value of an underlying asset. A simple example is a future contract for oil, in which investors bet on what they think the price of oil will be in months ahead.

“Traditional banking just isn’t that profitable,” said Frank Partnoy, a professor of law and finance at the University of San Diego. “Bankers like to make lots of money, and they are finding other ways to do it.”

At JPMorgan, the chief investment office makes many conservative investments in stable securities like Treasuries, but it also relies on high-end financial analysis performed by math experts known as quantitative analysts, or quants, who devise strategies to guide traders on more exotic positions.

Jamie Dimon, chairman and chief executive of JPMorgan, has contended that the chief investment office’s trades were intended to be hedges, essentially performing as insurance against the potential for losses in its overall loan portfolio. By the bank’s own admission, those trades turned into a position that was no longer a hedge at all.

That’s an important distinction to make as Washington finalizes the so-called Volcker rule, which bars banks from speculating with federally insured deposits, but has a loophole: Investments designed specifically as hedges would be permitted.

On Capitol Hill, lawmakers including Sen. Carl Levin, D-Mich., have begun advocating changes to the Volcker rule that could prohibit the kinds of trades JPMorgan executed. The presidents of the Dallas and St. Louis Federal Reserve Banks, meanwhile, have advocated a breakup of big banks like JPMorgan.

Still others say the trading of securities that aren’t directly linked to real-world assets, the so-called synthetic derivatives that were at the heart of the mortgage collapse, should be banned altogether.

Opponents can be expected to fight any such regulation furiously and will point to the fact that despite the loss, analysts still expect JPMorgan to book a $4 billion profit for the quarter. Dimon himself has said he would embrace rules that prevent such bad trades from happening, but does not endorse a full-scale retrenching of the banking business.

“This loss was bad, but there was no threat to the financial system,” said Matt Levine, a former Goldman Sachs derivatives trader who now writes about finance. “If a plane crashes, it doesn’t mean we should go back to horses.”