COBB COUNTY, GA – A Georgia man is in jail, charged with murder and cruelty to a child after leaving his son in a blistering car all day while he was at work.

Cooper Harris, just 22-months-old, died on June 18th after being left by his father, Justin Ross Harris, in the backseat of an SUV in backwards-facing child seat. Justin Harris parked the SUV and went into work at Home Depot officer in suburban Atlanta. He allegedly did not discover the child until about 7 hours later, even though he had come back out to the car earlier in the day to put something in the car and opened a door. Harris was said to be “inconsolable” after he called police.

According to the criminal complaint, on the day of Cooper’s death, “During lunch [Justin Harris] did access the same vehicle through the driver’s side door to place an object into the vehicle. [Justin Harris] then closed the door and left the car, re-entering his place of business. At [4:16 PM] [Justin Harris] left work in his vehicle and pulled over at a shopping center asking for assistance with his child. Child was found to be deceased at the scene after being in the vehicle for approximately 7 hours.”

However, reports have surfaced the Justin Harris had been conducting internet searches on how long it takes animals to die in hot cars. A medical examiner is conducting tests to determine the exact manner of death for the Cooper, at this time. 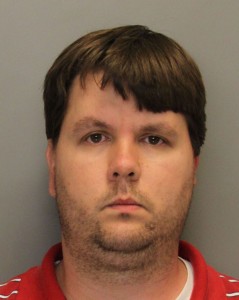 2 Responses to Georgia man charged with murder, cruelty after leaving son in hot car for 7 hours