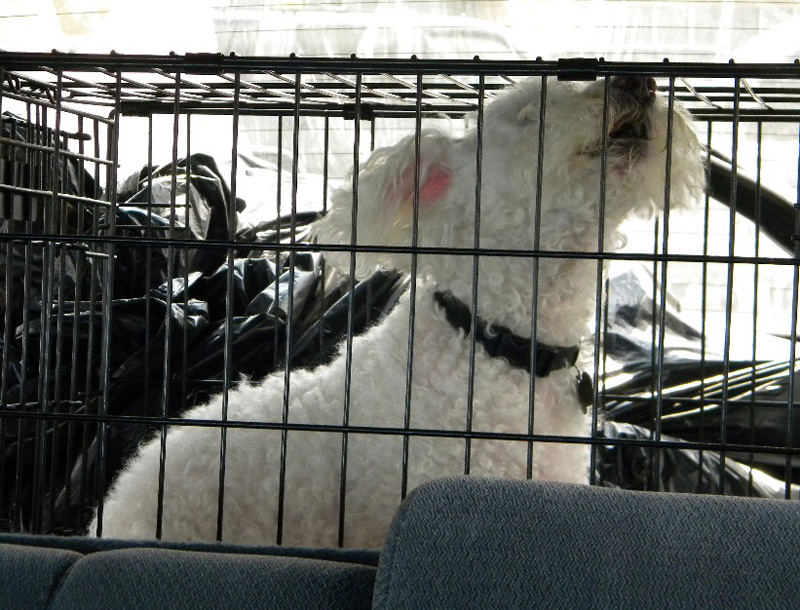 MASON CITY – A report was called in to police about a dog left in a van on Friday afternoon in the Wal-Mart parking lot, but an animal control officer took no action.

According to a person at the scene, the dog was locked in a cage in the back of a gold van, surrounded by trash bags. The front window was partially down. The temperature outside was warm and humid.

Before the animal control officer arrived, the owner came back to the van, was not happy that someone had called authorities and wanted to know what was wrong with leaving the dog in the vehicle as long as it had water. The persons were agitated and said they were leaving and going to Hardee’s.

A few minutes later, an animal control officer arrived, and asked a concerned person at the scene, “Are you here to see if I get out of my truck?” She also told the person near the van that “in her experience if a dog is not barking and just laying there” then she will be concerned about its safety, otherwise, she would not be concerned.

The city of Mason City’s web site advises “Don’t leave your pet in a parked car”. On the page designated for the Animal Control Department, it states “Never leave your pet unattended in a parked car for any period of time. On a warm day, the temperature in a parked car can reach 120° in a matter of minutes—even with the car windows partially open. Your pet can quickly suffer brain damage or die from heatstroke or suffocation when trapped in high temperatures.”