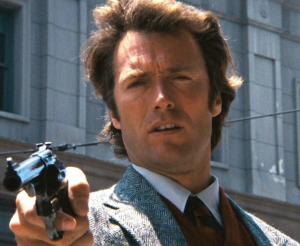 The FBI has confirmed that on January 5, 2018, someone who was close to alleged Florida shooter Nikolas Cruz contacted the bureau, warning that Cruz had repeatedly expressed a desire to kill people, bragged about owning guns, posted disturbing thoughts on social media, and consistently exhibited erratic behavior. An FBI spokesman said, “under established protocols, the information provided by the caller should have been addressed as a potential threat to life.” Bureaucrat-speak to justify ineptitude is offensive, but so is blaming guns for problems caused by mentally defective people. Cruz’s deportment caused cops to make 36 trips to his home in the six years before the massacre; that’s an average of one visit every other month since 2012. 20 such visits since 2016, according to Broward county Sheriff Scott Israel. Nikolas Cruz had been expelled and banned from the school he shot up, and he was known to teachers, students and administrators as a violence-prone creep of questionable sanity. The only armed cop on the scene, a deputy Sheriff, waited outside the school for over four of the six minutes it took for Cruz to massacre his victims. Students who needed Dirty Harry got Barney Fife. 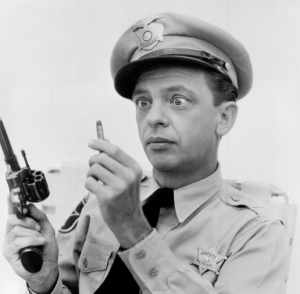 … but got Barney Fife

In the late 1970s, I was a student at Mason City high school. At MCHS and at its parochial counterpart, Newman Catholic, there was always a small arsenal – which included semi-automatic shotguns and ammo – in vehicles in the parking lots during hunting season. Students hunted pheasant, ducks and other quarry and then drove straight from the fields to class. One could differentiate the good hunters from the not-so-good by the amount of bird blood pooled on the floor under the lockers. But there was never a mass shooting and even following some aggressive fights, nobody ever shot up a school.

Gun control supporters often ignore cases where armed citizens saved lives by taking out losers intent on snuffing out innocent victims. In April, 2017, an Uber driver with a concealed-carry permit shot and wounded a gunman who opened fire on a crowd gathered in Chicago’s Logan Square. In 2015, two armed men, angry over a ‘Draw Muhammad’ cartoon contest at a Texas school arena, tried to kill its participants and sponsors. They got about halfway across the parking lot before being blown away by some alert, armed Texans, who prevented the perps from unleashing carnage. Designating places as ‘Gun-Free zones’ ignores the fact that many such zones have become shooting ranges for the mentally ill, who often are just angry nobodies wanting to exit this world as a somebody. Arming teachers and other school personnel, as President Trump favors, could stop these perps dead in their tracks.

Our Constitution isn’t designed to effectuate drastic governmental action of the sort desired by most gun control activists. It’s written to preclude sweeping change, absent a strong public consensus favoring broad, game-changing reform. Such consensus is presently nonexistent with regard to banning 15-round clips, or making it harder for law-abiding citizens to obtain firearms.

Stricter background checks for guns bought via private sales could make it harder for crazies to obtain them, but most mass shooters bought their weapons legally. Updating and improving databases is a wise expenditure of tax dollars and should be facilitated. Banning bump stocks might lower crime, and Mr. Trump is doing that. Some gun control proponents claim those who oppose their more draconian proposals are tacitly enabling murder. That’s nonsense. Yes, America is plagued by mass shootings. But it’s caused by self-destructive, entitled, unstable people, and shortcomings in law enforcement. Guns aren’t the problem.