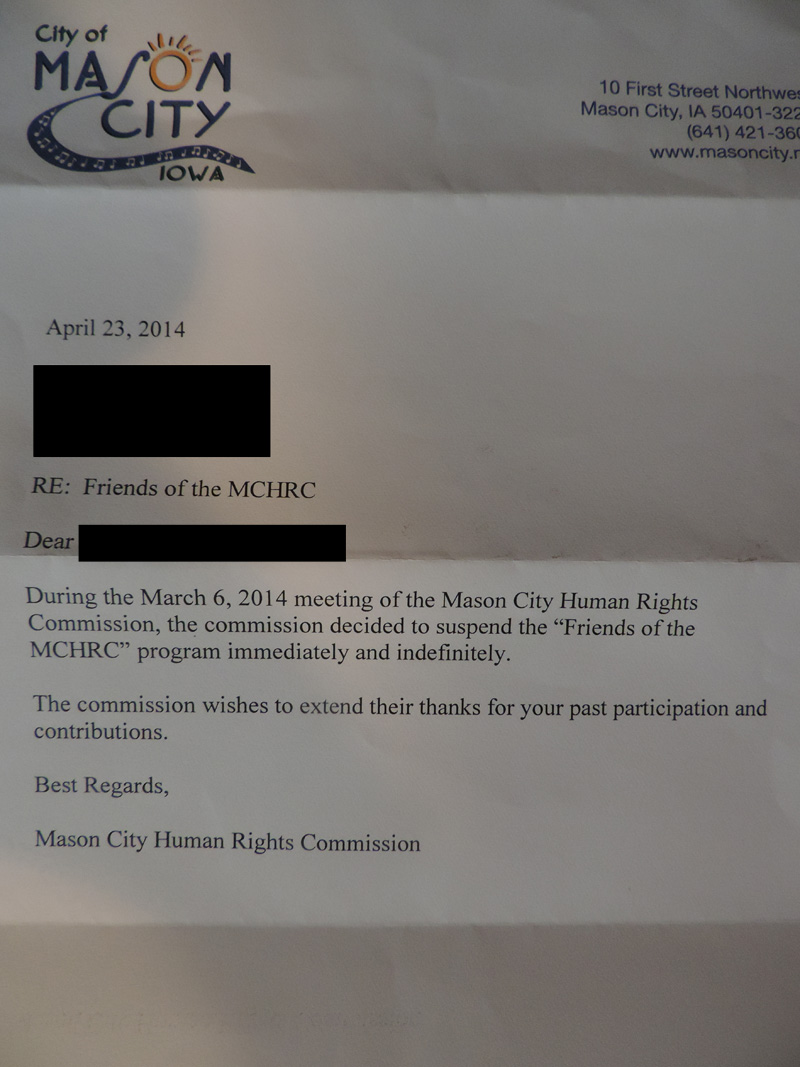 In a letter from city hall, the “friends” of the Mason City Human Rights agency were told they are “suspended.”  The letter is from the commission, all appointed by Mayor Eric Bookmeyer, who was elected on the premise of putting the Human Rights agency out of business.

Friends of the commission have, for years, volunteered their time, expense and expertise in assisting the Human Rights Commission and Department (agency as a whole) in investigating human rights complaints involving landlords, employers, and others in positions of power to impose violations of human decency on citizens of Mason City.  Untold numbers of citizens have been helped, assisted, and directed as a result of their efforts over the years, and many cases would never have been investigated or brought to a conclusion without their involvement.

The agency has now had its funding slashed, its director terminated, most or all local human rights cases sent to Des Moines, all its employees have left, its website has been stripped of all information, and the city is facing a potential lawsuit.