CEDAR RAPIDS – An Iowa man who shot someone in a bar fight pled guilty today in federal court in Cedar Rapids to unlawful possession of a firearm.

Tyrone Clifton, age 27, from Dubuque, Iowa, was convicted of one count of possession of a firearm by a felon.

Sentencing before United States District Court Chief Judge Linda R. Reade will be set after a presentence report is prepared. Clifton remains in custody of the United States Marshal pending sentencing. Clifton faces a possible maximum sentence of 10 years’ imprisonment, a $250,000 fine, $100 in special assessments, and 3 years of supervised release following any imprisonment.

The case is being prosecuted by Assistant United States Attorney Daniel C. Tvedt and was investigated by Dubuque Police Department and the Bureau of Alcohol, Tobacco, and Firearms. 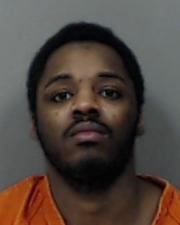