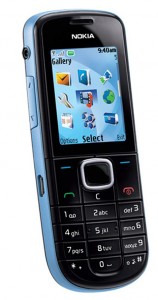 DES MOINES – If you have ever been annoyed – or almost slammed into – by a person sending text messages while driving their car, then you will like the bill passed by the Iowa Senate today.

Tuesday, by a vote of 41-7, the Iowa Senate approved Senate File 2289 which establishes electronic messaging while driving as a moving violation and a primary traffic offense for purposes of law enforcement, and makes penalties applicable.

An “electronic communication device” does not include a voice-operated or hands-free device, the bill stipulates.

At this time under Iowa law, police officers are only allowed to ticket drivers for texting after first citing the motorist for another traffic violation. Examples would be failing to stop at a stop sign, speeding, failing to yield.

This bill would allow an officer who sees a person operating a cell phone to pull that person over and write the citation.

Studies have shown that texting while driving is as dangerous as drunk driving.

Many people believe that any cell phone use while driving should be illegal, while others say this law will give police “another way for cops to pull you over whether or not youre doing anything wrong.”

The American Civil Liberties Union of IA (ACLU-IA) is against the bill.