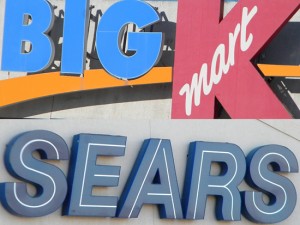 MASON CITY – As Mason City leaders continue to give huge tax breaks to new big-box retailers locating on the city’s extreme west side, older, established merchants and businesses continue to suffer, diminish and ultimately close, with the Mason City KMart being the latest casualty.

Today, a spokesman from Sears Corporate Communications confirmed a news tip NIT had received in recent days, saying that the Mason City KMart store will close in late April. The store will remain open for customers until that time.  The store opened in June of 1972.

“The store will begin its liquidation sale on February 9,” said Howard Riefs, Director of Corporate Communications for Sears, the parent company of KMart. “Store closures are part of a series of actions we’re taking to reduce on-going expenses, adjust our asset base, and accelerate the transformation of our business model. These actions will better enable us to focus our investments on serving our customers and members through integrated retail – at the store, online and in the home.” 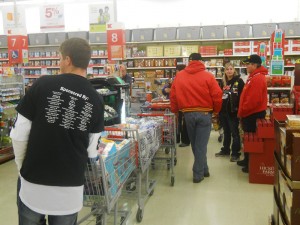 The store in Mason City has 49 employees. Those associates that are eligible will receive severance and have the opportunity to apply for open positions at area Sears or Kmart stores. Most of the associates are part time/hourly.

Southbridge Mall, another old retail center, is struggling and may lose two anchors in the near future. JC Penney is teetering on the brink of bankruptcy, and the store is noticeably more bare than in previous years. The west entrance to the store was closed, as well.

Perhaps the best example of old retail in Mason City peetering out into nothing is the Southport Shopping Center. A former Target Department store was once located there, until it collapsed from neglect. A green tarp surrounds that property now, infested with weeds and debris. City leaders have taken no action to clean up the mess, and the eyesore sits on the city’s southside year after year. The other anchor at Southport, Sears, rarely has more than a few cars in the parking lot.

24 Responses to Mason City KMart set to close this spring