According to the Mason City Fire Department, at 3:12 a.m. this morning, the firefighters were dispatched for a fire at the Rose Bowl at 4173 S Federal Avenue. Upon arrival, flames were showing through the windows and the roof on the west side of the building. Thirty-six members of the Mason City Fire Department were either already on duty or called in to duty as a result of this fire.

Firefighters were able to confine the blaze to the dining room/banquet hall area
on the west side of the building. The roof over this area of the Rose Bowl has
collapsed. The rest of the building did receive some smoke and water damage as a result of the fire. No citizens or firefighters were injured as a result of this blaze. Most of the Mason City Fire Department apparatus, equipment and personnel were cleared from the scene at the Rose Bowl at 9:53 a.m. this morning. However, the Mason City Fire Bureau led by Fire Marshal Mark Christiansen and the State Fire Marshal are still on scene investigating. A press release will be prepared when the Mason City Fire Department completes their investigation

Around 3:00 AM, the Mason City Fire Department was dispatched to a fire at the Rose Bowl, located at Highway 65 and the Avenue of the Saints.

At 3:30 AM, strong flames could be seen in the front, top of the building as firefighters doused it with high pressure water hoses. Smoke filled the area.

Most of the flames could be seen at the entry way and banquet area. A portion of the roof may have collapsed.

One Mason City Police officer said, “The maintenance man was coming into work and saw the flames, that’s when he called us.”

An outpouring of sympathy was left on the Rose Bowl’s Facebook page in the immediate hours following the fire.

According to a Mason City Fire Department spokesperson, fire investigators were still on scene at 11 AM Wednesday. “No information is available at this time,” said records clerk Jo Beck.

More on this developing story later. 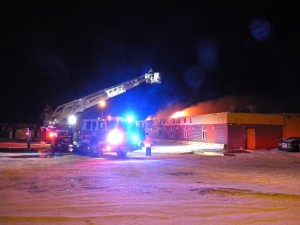 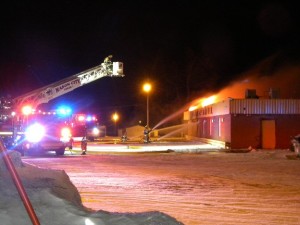 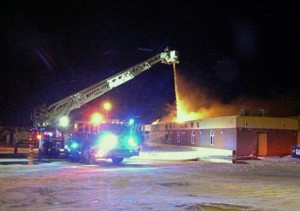 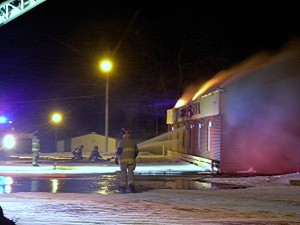 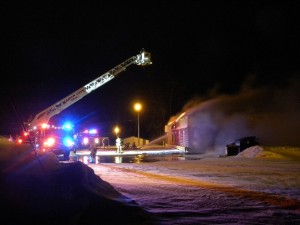 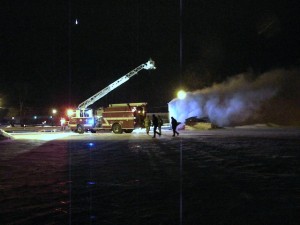