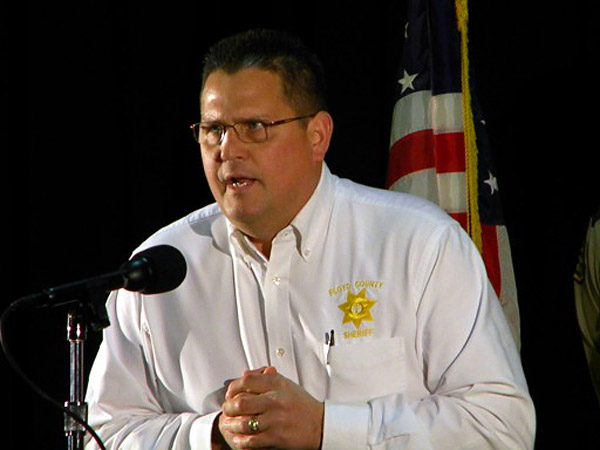 CHARLES CITY – Floyd County Sheriff Rick Lynch this week made the difficult decision to change the way his jail operates.

His decision, he says, is due to liability and cost concerns.

On the positive side, the move will save the county tens of thousands of dollars a year. On the negative side, five people working in the jail will lose their jobs. The impact on the Charles City police department and other local law enforcement is not yet know at this time.

This week, Sheriff Lynch elaborated further on his decision. Here are his words:

This is long, but it gives you an idea of why I made the decision that I did, so at least scan it to inform yourself, so when you read or hear stuff you will know the facts not an uninformed opinion of a “hater” or a negative person. This post is my response to a post on watchdog.

“Bringing up only the negatives and forgetting the positives, writing misleading statements or half facts is never a healthy discussion. Now asking questions is fine, but questioning the professionals who have the experience and knowledge, when you have very little or none, is NOT right. NOW since this post doesn’t fit the above I will respond. The first priority was to inform the employee’s then the Board of Supervisors, so that is why this information was not released until the afternoon of Monday January 6th. There is never a positive about 5 people losing their jobs it is always a negative and Thursday January 2nd was one of my hardest days as Sheriff when I broke the news. As long as the decision is for a governmental purpose and it resolves a problem that could effect the tax payers, though hard, it needs to be done. The only positive is that the liability that was on Floyd County was lifted and in turn saved $100,000.00 of tax payers money. We spent nearly two months researching and discussing this matter and it was not taken lightly. The jail does NOT have the space or the ability to make the jail meet the standards or the needs of the staff and inmates, so we had three options. #1.) Do nothing which would be negligent. #2.) Build a jail for a minimum of $5 million which takes several years to accomplish #3.) Find a county willing to house Floyd County inmates. The only feasible option was option #3 with Mitchell County a 11 yr old jail versus are 73 yr old jail. Now to answer Julius Bryant’s question: Read above we are saving $$ not spending more. Now as for transportation of prisoners that is the responsibility of that law enforcement agency that makes the arrest and then if the judge holds the person in jail then it becomes that counties responsibility for transportation. The arrangement with Mitchell County doesn’t really effect my office, because we transport all over Floyd County and through out the State and that is why we have a person assigned as the transport officer which that position is being kept, so transportation cost for my office would be minimum. Now for the question of the “Renovation at a huge expense 6 years go” I have NO IDEA where you read that, because the only renovation expense was 14 years ago in 1999 where we flip flopped the book in room and the O.W.I. room to make the jail more functional and a lot of that work was done by my employee’s. Now over the last 15 years we have painted and added security camera’s in the jail and courthouse but that is all. Hope I’ve answered the questions to the above two posts.