MASON CITY – A local man is awaiting transport to prison after being found guilty Friday of driving his motorcycle drunk and crashing it, with a child passenger.

Francis was sentenced to five years in prison for both the child endangerment and operating while intoxicated offenses. He received two years in prison for the public intoxication charge. All sentences will run concurrently. He was assessed $6,445.00 in fines, fees, and court costs.

Francis is now in the Cerro Gordo County Jail awaiting transport to prison.

Francis was arrested on June 22, 2013, after Cerro Gordo County Sheriff’s Deputies received a report of a motorcycle in a ditch near Ulmus Avenue and 305th Street just west of Rock Falls.  Francis had crashed his motorcycle with his young son as a passenger, according to information relayed to NIT.  The child was taken to Mercy Hospital and treated.

Records indicate Francis has at least 4 OWI offenses now on his record.

On January 9th, Francis shared a graphic on his public Facebook page which stated: “I came into this world kicking and screaming while covered in someone elses blood and I have no problem going out the same way.” 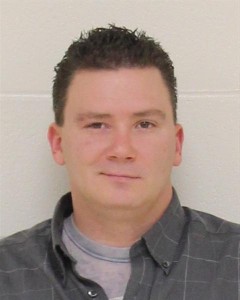