Obama: ‘Shame on us if we’ve forgotten’ 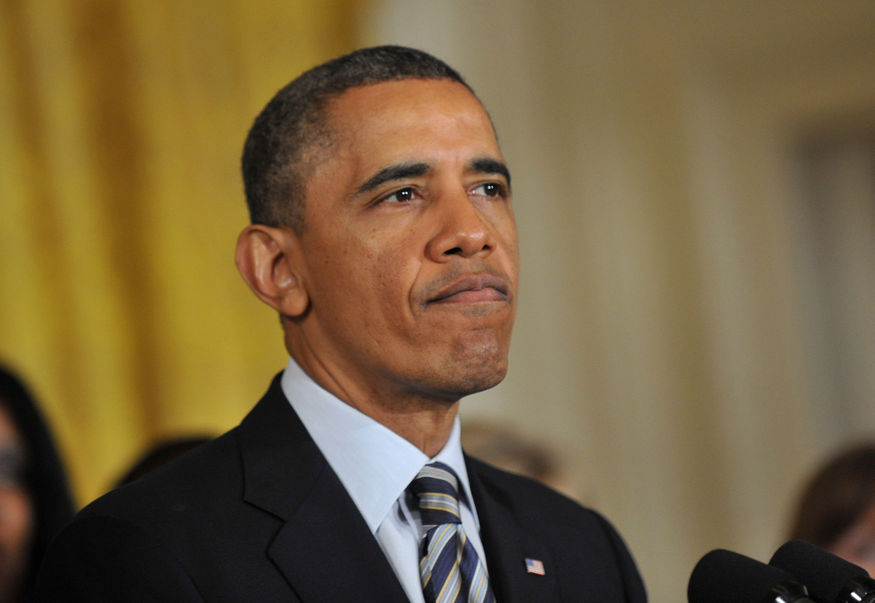 WASHINGTON, March 28 (UPI) — President Obama, standing with families of victims of gun violence, Thursday made an emotional appeal for Congress to act on gun control.

“Shame on us if we’ve forgotten,” Obama said in the White House East Room referring to the 26 children and adults killed by a gunman at Sandy Hook Elementary School in Newtown, Conn., on Dec. 14.

“It’s been barely 100 days since 20 innocent children and six brave educators were taken from us by gun violence – including Grace McDonnell and Lauren Rousseau and Jesse Lewis, whose families are here today,” the president said.

“I haven’t forgotten those kids. Shame on us if we’ve forgotten.”

Also there was the mother of Hadiya Pendleton, the 15-year-old honor student killed in January at a park less than a mile from Obama’s home in Chicago. The cheerleader had attended Obama’s second inaugural in Washington.

“Everything they lived for and hoped for, taken away in an instant,” he said. “We have moms on this stage whose children were killed as recently as 35 days ago.”

Seeking to build momentum for new gun control measures to be debated in the Senate, Obama said that’s why in January he asked Vice President Biden to lead a task force to develop common-sense proposals to “reduce the epidemic of gun violence and keep our kids safe.”

The measures include expanded background checks on firearm purchases, tougher penalties on straw purchases of firearms and new funding for school security.

The White House event came on a “National Day to Demand Action” in which gun-control advocates planned more than 140 public events in 29 states to call for universal background checks.