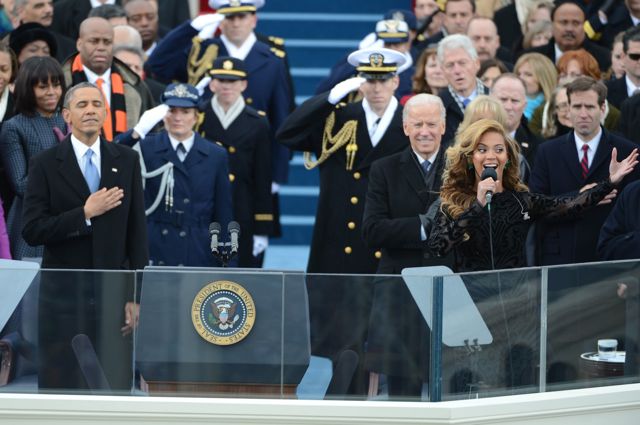 “All music is prerecorded for the ceremony because there are so many eventualities and conditions that day,” Kristin DuBois, the band’s spokeswoman told the newspaper of Beyonce’s performance Monday in Washington. “We performed, live, the band. But we received last-minute word that Beyonce was going to use the prerecorded vocal track. Those were the instructions we were given. We don’t know what the reason why [was.]”

A publicist for Kelly Clarkson, who sang “My Country ‘Tis of Thee” at the ceremony, told the Post, “Kelly did sing live!”