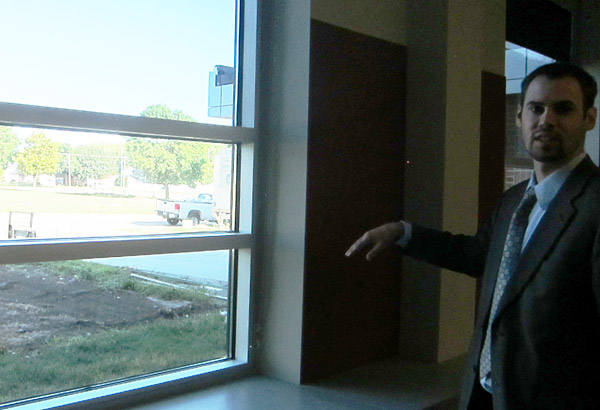 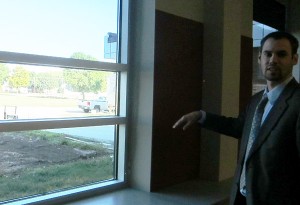 MASON CITY – The final touches on John Adams school are under way as freshman are set to start school there on August 29th. The Sophomores, Juniors and Seniors start the 30th.

High school students will be attending classes in Adams during the 2012-2013 school year as a major renovation is completed at the High School building.

According to figures from the Mason City School District, the Adams renovation cost about $8,758,000 and was completed by Henkel Construction Company.  The High School renovation will cost $7,835,150 and is now underway with Dean Snyder Construction Co. in charge of that project.

Mason City High School Principal T.J. Jumper’s enthusiasm was evident as he provided a short tour of the Adams building this week. Jumper and his staff finally “got the keys to the building” on Wednesday and staff was already moving into some of their classrooms. 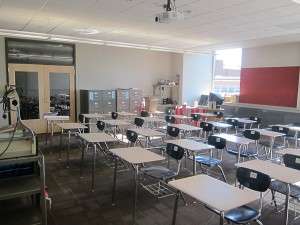 The most-striking aspect of the Adams renovation was that walking the halls, it looks much like it did prior to the renovation.

“The structure was sound,” Jumper said. “So we could keep that, and that kept the cost down.”  The same will be true at the High School as renovation is underway there.

First of all, the building had to brought up to code and made ADA (Americans with Disabilities ACT) compliant.  A big part of that was the doors.  All the doors had to be replaced; they swung the wrong direction.  Bathrooms and entrances were made handicapped accessible (they added fancy hand dryers, too.)

To the relief of teachers and students, a new HVAC system was installed which will eliminate sweltering hot temps in the classrooms. Double-paned glass windows were also installed along with insulation, which was virtually non-existent, Jumper said.

New flooring and carpet where needed was installed. Floors that remained in good shape were buffed and cleaned; they look like new. Ceiling tiles were replaced and energy-efficient lighting was installed. The lights turn off when everyone leaves a room and then turn back on when someone enters. New lockers were installed.  The school’s main office was completely remodeled.  Adams got a new cafeteria as well.

Of course, new technology was added.  New audio-visual equipment was installed in many classrooms and classrooms were wired for internet access.

“It’s going to be a great year,” Jumper said.