FAA holds off on new rules for drones in US airspace 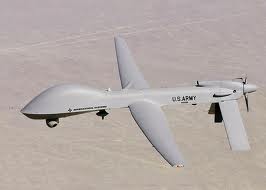 LOS ANGELES — The Federal Aviation Administration has pushed back the date when it will propose new rules for the use of small drones in national airspace.

The FAA had said it planned on issuing its proposal, seen as the first step toward opening the nation’s skyways to drone aircraft, by this month. But now the earliest that the rules will be published is sometime “this spring,” the FAA said.

The agency did not provide specifics on why the date was being postponed.

Meanwhile, a number of industries interested in using drones, such as utility companies and law enforcement agencies, are awaiting the FAA’s proposal.

Not everyone has waited for authorization to use drones. Just last week, real estate agents were warned by the Los Angeles Police Department not to use images of properties taken from unmanned aircraft, saying the flying drones pose a potential safety hazard and could violate federal aviation policy.

The FAA doesn’t permit drones in national airspace on a wide scale out of concern that the remotely piloted aircraft don’t have adequate “detect, sense and avoid” technology to prevent midair collisions. Under FAA rules, any drone flying above 400 feet needs “certification or authorization” from the administration.

But the FAA does not publish a complete list of the groups and organizations that have the permits. This has drawn fire from the San Francisco-based digital legal advocacy group Electronic Frontier Foundation.

The foundation, known better as the EFF, filed a lawsuit in Northern California’s U.S. District Court against the Department of Transportation earlier this month for withholding the names of organizations interested in flying drones in civil airspace.

The EFF said in the lawsuit that its Freedom of Information Act request on getting the names has gone unacknowledged since last April by the FAA, which is overseen by the Department of Transportation.

The EFF said it’s concerned that there is currently no information available to the public about who specifically has obtained these authorizations or for what purposes.