Huxley, IOWA — Late this afternoon, officials from the Huxley Police Department and the Division of Criminal Investigation arrested 22 year old Jackie Burkle for the death of her newborn twins. Ms. Burkle has been charged with two counts of Murder in the First Degree, a Class A Felony.

The criminal complaint filed in Story County says Burkle admitted to law enforcement that she acted to terminate the lives of both newborn infants.

On Saturday, January 7, 2012 the Huxley Police Department received a phone call in reference to a welfare check on a 22 year old female, who has since been identified as Jackie Burkle.  The Huxley PD responded to 514 North Main Ave, Apt. B, in Huxley and learned that Burkle had given birth at her residence to twin girls.  The twin girls did not survive and their bodies were recovered from the trunk of Burkle’s vehicle which was parked in the driveway.  Burkle was taken to a local hospital for treatment and has since been released.

Autopsies of the twin girls were conducted yesterday, January 9, 2012, by the State Medical Examiner’s Office.  The results of the autopsies are pending laboratory results which may take 4-6 weeks.

These deaths remain under investigation by the Huxley Police Department and the Iowa Division of Criminal Investigation. 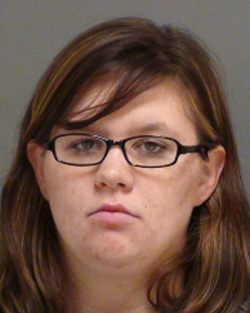