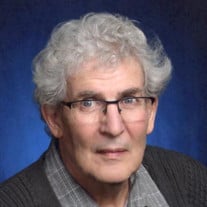 Steven Glenn VanKleeck, 71, of Hampton, passed away Tuesday, January 17, 2023, in the arms of his wife at his home in Hampton from Parkinson’s and dementia.

Steven Glenn VanKleeck, 71, of Hampton, passed away Tuesday, January 17, 2023, in the arms of his wife at his home in Hampton from Parkinson’s and dementia.

Steve was born on June 2, 1951, in Charles City, to Garland Glenn and Marjorie Delores (Shaw) VanKleeck. He attended Hampton High School where he played football, basketball and was on the track team. He graduated from there in 1969, continued to be a sports fan and especially loved to watch football and wrestling.

While attending college at the University of Northern Iowa in Cedar Falls, he was diagnosed with a brain tumor. He underwent surgery and treatment in Rochester, MN, but the tumor left him to struggle with his memory. Despite this challenge, he enjoyed a full life with family and friends.

Steve purchased the family business, Floor Krafters, from his father in 1988. He managed the store for many years until he retired in 2007. When he was away from work, he enjoyed dancing, computer games, crossword puzzles, listening to music, playing tennis, and going on walks. He was a member of Hampton United Methodist Church where he served on the board of trustees. He was also a member of the Lions Club and helped with meals and bingo.

Steve met his wife Mardell when he was asked to be her partner and help fill a ballroom dance class. They enjoyed it very much and continued to take classes and dance together at the Surf Ballroom. Five years later, Steve and Mardell were united in marriage on, September 18, 1993, at Hampton United Methodist Church with their wedding dance at the Surf to commemorate the place where they had spent much time together.

He also enjoyed spending time with his family on the VanKleeck family vacations. He was able to participate in and create memories at many of them. With his declining health, the last vacation he was able to attend was in 2021 when the family went to Colorado.

He was preceded in death by his parents, brother Paul in infancy, and sister Judy Straw.

In lieu of flowers, memorial donations can be directed to the Hampton United Methodist Church for the purchase of a portable heart defibrillator. This purchase is fitting as Steve was so caring of others and if he could save a life with this, it would be seen as great honor to him.

The family would like to thank Mercy One Hospice, especially Arlene, and the hospital staff at Franklin General who helped Steve numerous times as well.

Counsell Woodley Funeral Home of Hampton is caring for Steve and his family.