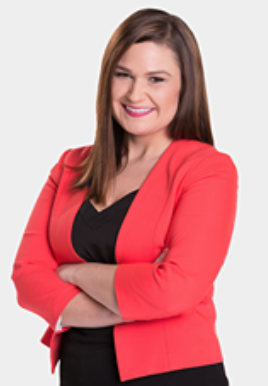 Today we welcome Abby Finkenauer to the Department of State, where she will serve as the Department’s Special Envoy for Global Youth Issues. Special Envoy Finkenauer began her career in public service when she was elected – at age 25 – to the Iowa House of Representatives and later became one of the first women elected to represent Iowa in Congress. As the youngest woman to ever pass a bill in the U.S. House of Representatives, Special Envoy Finkenauer knows from experience the key role youth voices and perspectives play in policymaking and good governance.

In her new role, Special Envoy Finkenauer will serve as the Department’s principal public representative on youth issues, engaging a variety of stakeholders to channel their good ideas back to the Department. She will encourage youth-related programming around the administration’s foreign policy priorities and existing regional initiatives, while consistently and meaningfully consulting with young people on the formulation and implementation of relevant policies and programs.

I warmly welcome Special Envoy Finkenauer to the Department and look forward to working with her as we champion global youth issues at the State Department.

Finkenauer replaces Andy Rabens, who served in the position since 2014. According to Glassdoor, the estimated total pay for a Senior Advisor at U.S. Department of State is $139,640 per year. This number represents the median.

In 2014, Finkenauer was elected to represent Dubuque in the Iowa Legislature. In 2018, Finkenauer, a Democrat, defeated Republican Rod Blum for his District 1 seat in the U.S. House of Representatives, representing much of Northern Iowa. In 2020, Finkenauer was ousted from Congress by Ashley Hinson.