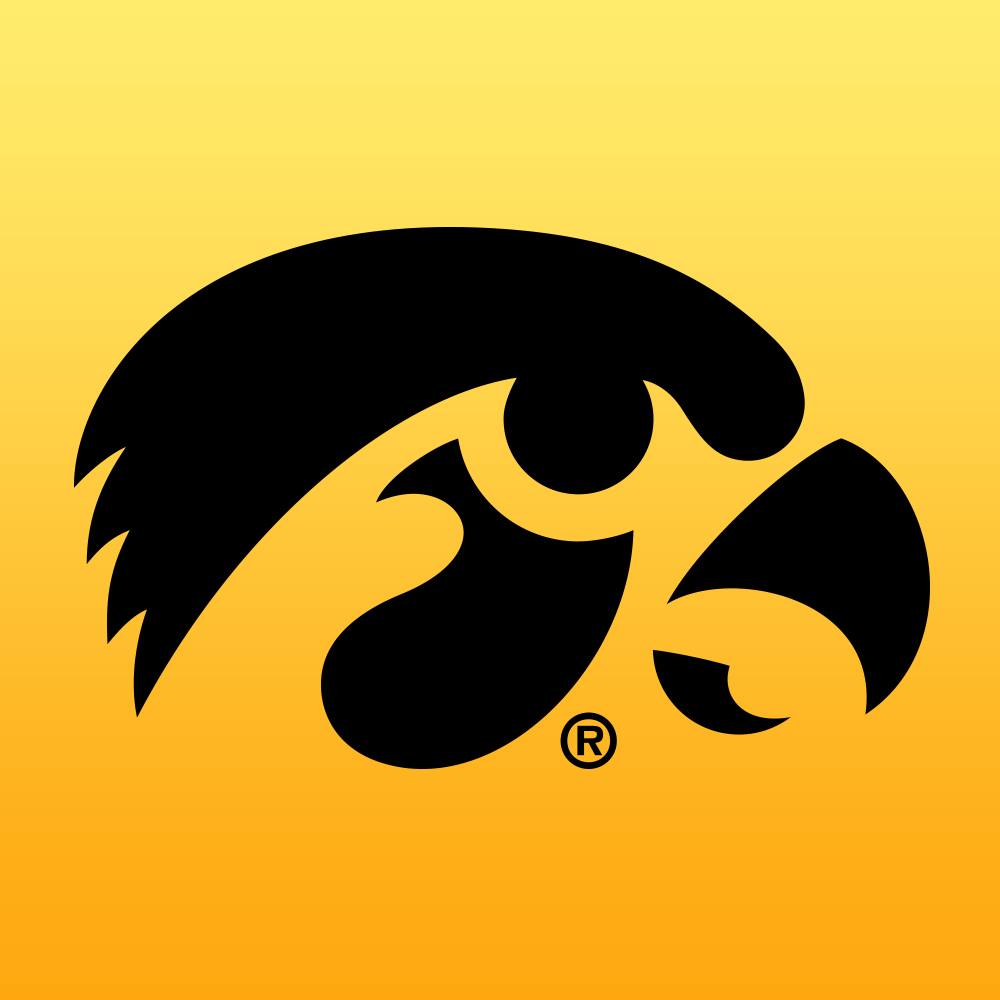 The Hawkeyes have won eight of its last 11 Big Ten openers. Iowa is now 3-0 all-time against Rutgers.

DB Cooper DeJean intercepted a pass for a third straight game and returned it 45 yards for his first career touchdown. The 45-yard touchdown return is the 30th longest in school history and it is the 50th pick six in school history.

Iowa has had at least one interception return for a touchdown in each of the last 15 seasons and 20 of the last 22.

The last Hawkeye to have an interception in three straight games was Jermari Harris in 2021 (at Nebraska, vs. Michigan, vs. Kentucky).

Merriweather also had a third quarter interception – the second of his career – and he returned it 33 yards into Rutgers territory.

LB Jack Campbell had eight tackles. Campbell now has 208 tackles, which puts him in 68th in program history.

CASH Sebastian Castro made his first career start. Castro finished with four tackles, one forced fumble and one pass break up in the game.

TE Sam LaPorta had a career long 42-yard reception on Iowa’s final drive of the first half. He finished with a team-high four catches for 77 yards.

K Drew Stevens converted a 25-yard field goal in the second quarter and a career-long 51 yarder in the fourth quarter. The 51-yarder is tied for the 11th longest in school history. Stevens is now 4-for-4 on field goal attempts this season.

With the two defensive touchdowns, the Hawkeye defense has now scored 16 points this season via two touchdowns and two safeties.

Iowa didn’t commit a turnover for a second straight game. The Hawkeyes were +3 in the turnover battle, converting the Rutgers miscues into 14 points. For the season, the Hawkeyes are +2 in turnover margin and they have a 21-10 advantage in points off turnovers.
The Hawkeyes have two games with multiple interceptions and have all five picks have come in the last three games.

Iowa led 7-3 at the end of the first quarters. Rutgers field goal was the first points allowed in the first quarter this season by the Iowa defense. The Hawkeyes are outscoring their opponents, 31-3, in the opening quarter and 12-0 in the third quarter.

UP NEXT
The Hawkeyes return to action Oct. 1, hosting No. 4 Michigan at 11 a.m. (CT) on Duke Slater Field at Kinnick Stadium. The game will be televised on FOX. 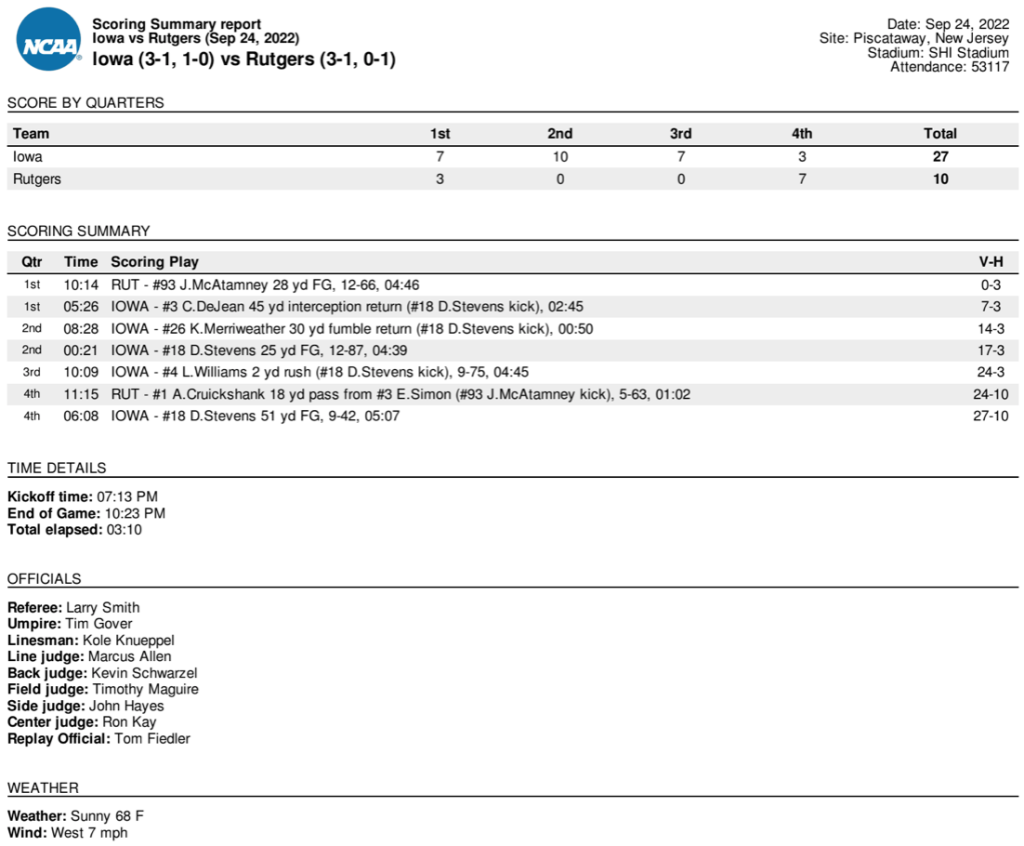