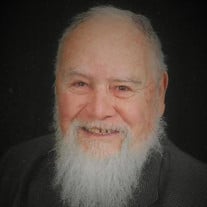 A Memorial Mass will be held at 10:00 a.m. Wednesday, September 7, 2022, at St. Patrick’s Catholic Church, 1001 9th Ave. South, Clear Lake, Iowa with Rev. Josh Link officiating. The family will greet friends following the memorial mass at The Lady of the Lake. Inurnment will take place in Elmwood St. Joseph’s Cemetery in Mason City at a later date.

Memorials may be directed to the family that will distribute them to Dick’s favorite charities.

Richard Francis Nettleton was born July 7, 1938 in Mason City, IA, the son of Dr. Thomas A. and Hazel (Coe) Nettleton. Dick graduated from St. Joseph’s Catholic High School in 1956, and attended St. John’s University in Minnesota, graduating in 1960.
Dick was united in marriage to Ann Hardy on June 16, 1962; to this union, six children were born. Ann passed away in April of 1997.

Dick married Sue Golly on July 4, 2000 and welcomed her sons, Joe and Justin, into his life.

Dick grew up with a love of nature and spent his entire life hunting and fishing with his father, siblings, and grandchildren. He was a man of unwavering faith who loved his family and everything outdoors.