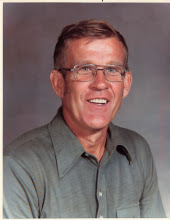 Richard Lee “Dick” Garth, 93, of Mason City, passed away on Tuesday, March 1, 2022 at the Homestead of Mason City surrounded by family.

A funeral service will be held on Tuesday, March 8, 2022 at 10:30 a.m., at First Christian Church, 318 North Adams, with Rev. Paul Boostrom officiating. Services will be livestreamed on Major Erickson’s Facebook Page.

Richard was born November 21, 1928, to George Harold and Hallie Larie (Smith) Garth on a family farm in Stanhope, Iowa. He attended several schools during his elementary years and graduated from Clear Lake in 1946. While in high school he participated in football, basketball and summer baseball, earning 6th team all-state honors his senior year in basketball. After high school he attended Iowa State for one year and a quarter before appendicitis interrupted his school year. He transferred to Iowa State Teacher’s College (UNI) and played college basketball for 3 years. During his senior season the team finished with an 11-3 record which earned their fourth conference championship. Dick was a unanimous selection to the all-conference team scoring 359 points for the year.

After graduation in 1951 he entered the US Marines in the Fall. He was stationed in San Diego where he played softball, golf and basketball while serving his country. While serving he met the love of his life, Bunny Cummings and they were married July 31, 1953, in San Diego. To this union 3 children were born, Randy in 1954, Nancy in 1956 and Audrey in 1957.

After his service Dick enrolled at the University of Iowa and received his master’s degree in physical education. While there he started a weight program for the basketball team at Iowa and did his research thesis on the impact of weight training on vertical jump in basketball players.

After graduation he took his first teaching and coaching position at Clarion High School and was named head football, head basketball and assistant track coach. He moved to Mason City in 1958 where he taught math, PE, driver’s education, science and social studies in his 30-year career. He was assistant basketball coach until 1966 when he was named head coach. He coached basketball from 1966-1982 where he led 4 teams to the State Tournament and coached nine all state players. During his career in Mason City, he also coached Junior High wrestling, junior high football, assistant track, girl’s golf, boy’s golf and was an assistant coach on the undefeated 1965 football team. He took 6 teams to the golf state championship. His good friend Herb Koningsmark recruited him to be an assistant coach at NIACC and he fulfilled that role until 1988 when he retired from coaching and teaching.

He remained forever active and busy following his retirement bowling in 2 bowling leagues a week, golfing, gardening, taking annual fishing trips with “the boys”, woodworking, announcing high school football games, timing for cross country and track meets and coaching his granddaughter’s AAU basketball teams in the mid to late 90’s. He and Bunny also traveled and saw all 50 states over the years.

Dick also played slow and fast pitch softball for more than 28 years, He was a slow pitch pitcher for First National Bank of Mason City. In 1970, his team won the state title, after finishing second in 1969. He won 3 games at the national tournament in 1970 and was inducted in the Iowa Amateur Softball Hall of Fame in 1981. He was also inducted in the Iowa Basketball Hall of Fame along with one of his premier players, Dennis Shaffer in 1992 and in the Mason City Athletic Hall of Fame in 2020.

Dick was a family man, and nothing gave him more pleasure and pride than his three granddaughters and following their activities. Dick made friends wherever he went and always seemed to “know everyone”. He was a consummate storyteller, sometimes exaggerating or embellishing his stories to make them the “best story ever”. He will be dearly missed by all who knew and loved him.

The family would like to thank the staff at Homestead Assisted Living for the excellent care he received there.
Dick is survived by his daughter, Nancy (Gordon) Prins of Rock Falls; three granddaughters, Aimee of Miami, Florida, Erin (James Hall) of Mesa, Arizona and Megan of Mason City; his sister, Mary Lou Novy who resides in Pennsylvania, and numerous nieces, nephews, cousins and friends.

He was preceded in death by his beloved wife, Bunny in 2017; son, Randy; daughter, Audrey; his parents, George and Hallie; in-laws, Marvin and Laura Cummings; brother, Chet; brother-in-law, Russell Novy; sister-in-law, Diane Ham and nephew, Gary.
Memorials may be directed to the family where plans are underway to have an annual memorial golf tournament at Highland Golf Course in Mason City.