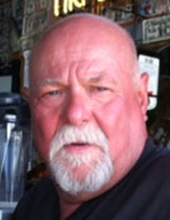 Private family services will be held with inurnment at Buffalo Township Cemetery near Titonka.

There will be no visitation.

Dana Claire Bolie, the son of David and Ruth (Krull) Bolie, was born December 26, 1952 at Buffalo Center, Iowa. He graduated from Thompson High School in 1971 and was known as the class clown. Dana was employed as a mechanic at a John Deere dealership in Colorado as well as Jewell and Swea City, Iowa and Kiester, Minnesota. He also worked for the Nelson family in Lake Mills. In 1993, he moved to Mason City and worked at Mid-Continent Contractors and hauled grain for local farmers in the north Iowa area. He enjoyed riding his Harley Davidson motorcycle, watching eagles, going to farm auctions and collecting John Deere toys and tractors including his grandfather’s Model A.

He was preceded in death by his parents; and a niece, Sarah Bolie.