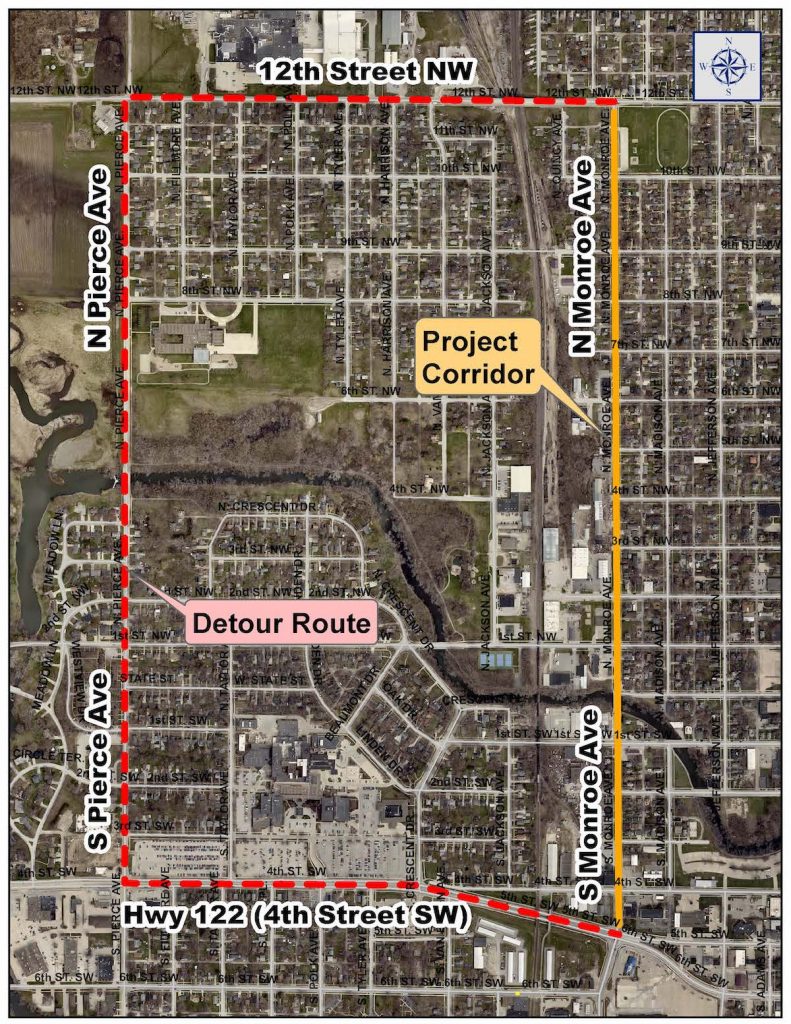 The Monroe Avenue Street and Utility Rehabilitation Project is expected to begin on Wednesday, May 5th. The project in general involves improvements and upgrades to utilities, street patching and repair, street lighting, and a new Hot Mix Asphalt surface. The project limits begin at Hwy 122/5th Street SW and extend to 12th Street NW. The project will be worked on in stages to avoid closure of the entire length of the project corridor at one time. A detour will be established and signed for the duration of the project; the detour route will utilize 12th Street NW, Pierce Avenue and Hwy 122. Cross streets to Monroe Avenue will remain open as much as possible, but due to construction activities, entire intersections could be closed for extended periods of time.
The construction activity will progress south to north in four stages:

The contractor may perform work in any two consecutive stages at the same time, depending on the type of work operation.

Regular updates will be provided as the project progresses through the stages of construction.

The project will extend into November. Use caution and expect delays when travelling near the construction zone; avoid the area when possible. Questions may be directed to the Mason City Engineer’s Department by phone at 641.421.3605 or email to engr@masoncity.net.