SIOUX CITY – A man who distributed methamphetamine in Lakes area was sentenced February 23, 2021, to 7 years in federal prison.

Chance Jacob Wetter, age 26, from Estherville, Iowa, received the prison term after a September 22, 2020, guilty plea to one count of conspiracy to distribute methamphetamine within 1000 feet of a protected location.

In a plea agreement, Wetter admitted he and others distributed methamphetamine in the Lakes area from October 2019 through February 2020.
On October 23, 2019, law enforcement conducted a controlled drug buy from Wetter utilizing an undercover officer in Spirit Lake, Iowa. Wetter sold the undercover officer approximately 2 ounces of methamphetamine at the public library and then another 2 ounces of methamphetamine at his apartment which was within 1,000 feet of Memorial Park in Spirit Lake.

Wetter was sentenced in Sioux City by United States District Court Chief Judge Leonard T. Strand. Wetter was sentenced to 84 months’ imprisonment. He must also serve a 7-year term of supervised release after the prison term. There is no parole in the federal system.

Wetter is being held in the United States Marshal’s custody until he can be transported to a federal prison. 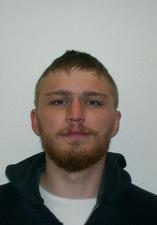 2 Responses to Estherville man sentenced to prison for meth