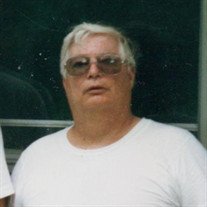 Per Donald’s wishes, his body has been cremated and no services are planned at this time. Inurnment will be at his family cemetery in Missouri at a later date.

Donald was born December 10, 1944, the son of James and Ola (Cable) Burns in Climax Springs, MO. He married Susan Roy on December 22, 1975, at the First United Methodist Church in Rockford.

Donald spent his childhood in Climax Springs, graduating from Climax Springs High School. He worked most of his life as a truck driver and most recently drove for V&M Farms Trucking in Mason City.

Donald enjoyed fishing, especially trips to Lake of the Ozarks, camping, working on small engines and spending time with family.

He was preceded in death by his parents and seven brothers and sisters.