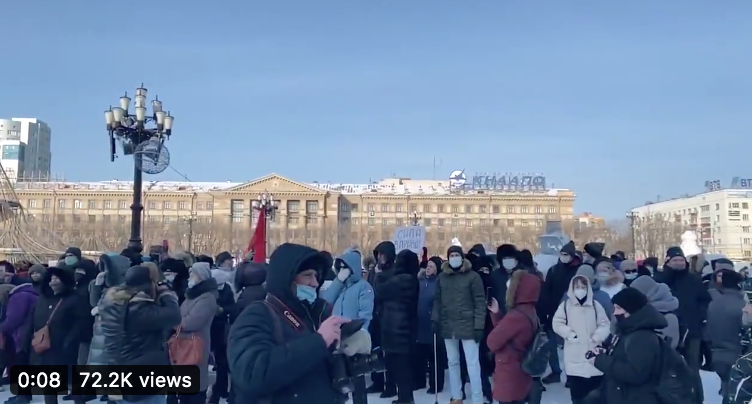 Image via Twitter of protests now taking place in Russia in support of Alexey Navalny, a would-be leader who was poisoned, left the country and has now returned, only to be captured by authorities.

WASHINGTON, D.C. – The United States is strongly condemning the use of harsh tactics against protesters and journalists this weekend in cities throughout Russia.

The U.S. State Department said today via a spokesman that prior to today’s events, the Russian government sought to suppress the rights to peaceful assembly and freedom of expression by harassing protest organizers, threatening social media platforms, and pre-emptively arresting potential participants. This follows years of tightening restrictions on and repressive actions against civil society, independent media, and the political opposition. 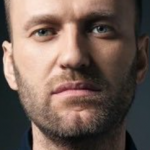 Continued efforts to suppress Russians’ rights to peaceful assembly and freedom of expression, the arrest of opposition figure Aleksey Navalny, and the crackdown on protests that followed are troubling indications of further restrictions on civil society and fundamental freedoms, said Ned Price, a State Department spokesperson. Russians’ rights to peaceful assembly and to participate in free and fair elections are enshrined not only in the country’s constitution, but also in Russia’s OSCE commitments, the Universal Declaration of Human Rights, and in its international obligations under the International Covenant on Civil and Political Rights.

The U.S. is calling on Russian authorities to release all those detained for exercising their universal rights and for the immediate and unconditional release of Aleksey Navalny.

“We urge Russia to fully cooperate with the international community’s investigation into the poisoning of Aleksey Navalny and credibly explain the use of a chemical weapon on its soil,” the U.S. spokesman said in the statement.

“The United States will stand shoulder-to-shoulder with our allies and partners in defense of human rights – whether in Russia or wherever they come under threat.”

Reportedly, crowds are gathering across Russia in support of Navalny and chanting “Putin is a thief”. Navalny released a video showing a massive, lavish palace given to Putin as a gift, sparking public unrest.

Video of the day. pic.twitter.com/C8qIqz0kDo

We're watching reports of protests in 38 Russian cities, arrests of 350+ peaceful protesters and journalists. The U.S. supports the right of all people to peaceful protest, freedom of expression. Steps being taken by Russian authorities are suppressing those rights.