This news story was published on October 3, 2020.
Advertise on NIT • Subscribe to NIT 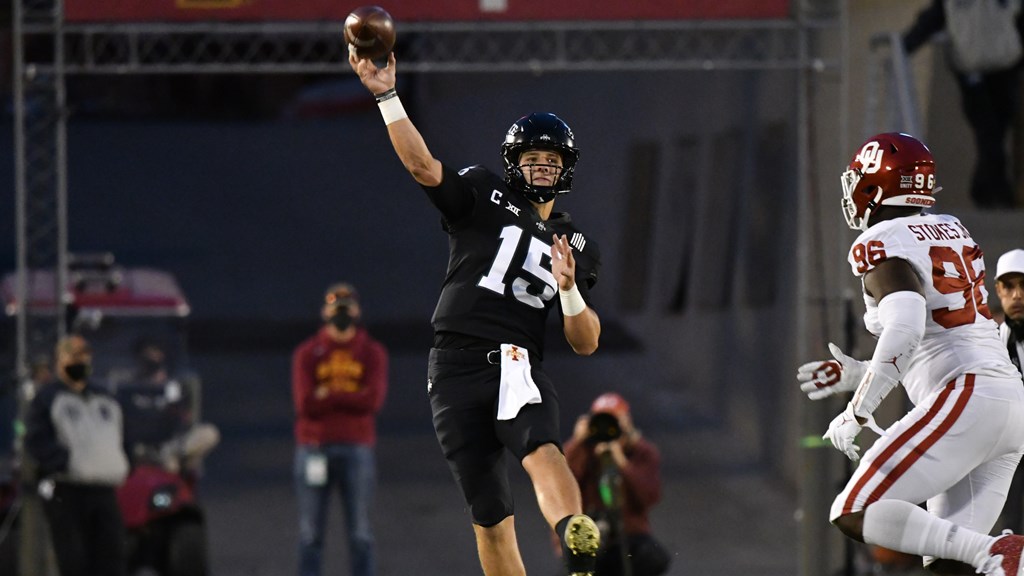 AMES – The Iowa State Cyclone football tea got another big win this week, defeating the Oklahoma Sooners in a home game, 37-30, for the first time since 1960.

Iowa State allowed 15,000 fans to attend the game and get treated to a victory that has eluded the home hometown Cyclones for decades. Oklahoma beat Iowa State, 42-21, last year in Norman, Oklahoma, but hadn’t tasted a win in Jack Trice Stadium since 1960. This victory ended a 24-game home losing streak in the series.

Brock Purdy made some great throws, passing for 254 yards. His big 2-yard touchdown run knotted the game at 30. Running back Breece Hall ran for an 8-yard score with with 4:06 left in the game to put Iowa State up for good. Iowa State kicker Connor Assalley made three field goals (35, 26, 32) and four PAT tonight.

Iowa State appears to be turning their season around after opening the schedule with a 31-14 loss to Louisiana. Iowa State then traveled to Fort Worth and defeated TCU, 37-34. Next up for Iowa State is a home game against Texas Tech next weekend. 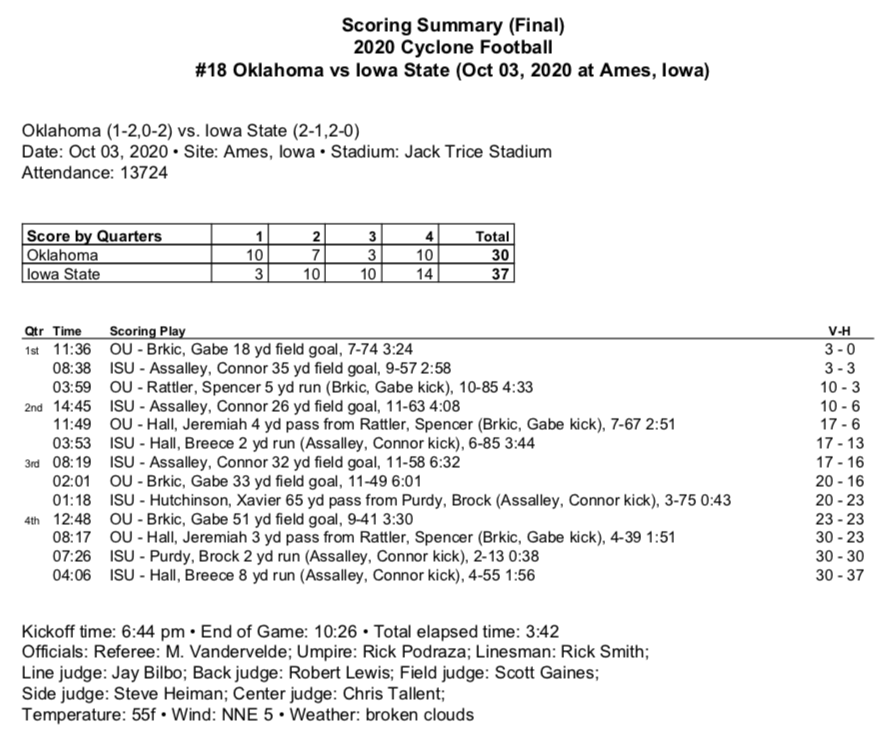