This news story was published on July 13, 2020.
Advertise on NIT • Subscribe to NIT 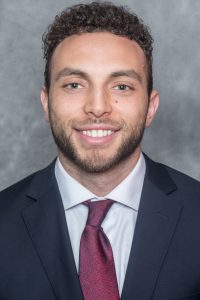 The Bednarik Award is given annually to the nation’s best defensive player.

Eisworth is a two-time first-team All-Big 12 recipient, joining a list of just four Cyclones who have earned first-team honors by the Big 12 twice in their respective careers.

The team captain and 2018 Big 12 Defensive Newcomer of the Year tallied 65 tackles and 3.5 TFL in 2019 despite seeing limited playing time due to a shoulder injury.

Eisworth led the team and ranked sixth in the Big 12 in passes defended (11) in 2019 and has three double-digit tackle games in his career, including a career-high 15 vs. Iowa in 2019.