U of Minnesota professor arrested for child exploitation offenses

MINNEAPOLIS – A University of Minnesota professor has been arrested after the FBI accused him of child exploitation.

FBI Special Agent in Charge J. Christopher Warrener announced the arrest of Woody Dale Branton, age 62, of Minneapolis, Minnesota. Branton was arrested without incident at his home in Minneapolis by special agents of the FBI. An arrest warrant had been issued for Mr. Branton out of the Western District of Louisiana for offenses pertaining to child exploitation involving a 15-year-old girl. Branton made his initial appearance in federal district court in Minneapolis.

Branton has taught at the University of Minnesota since 1988 as an Associate Professor of Neuroscience.

Woody Dale Branton is considered to be innocent of this crime until/unless he is proven guilty in a court of law. 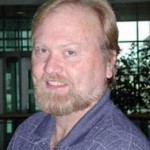