This news story was published on August 16, 2019.
Advertise on NIT • Subscribe to NIT

FAYETTE COUNTY – Policies this Northern Iowa county have busted what they call a counterfeit money lab, and one man is behind bars with possibly more to follow.

After a two week long investigation the Fayette County Sheriff’s Office executed a search warrant at 1009 State St. in Clermont, Iowa, on a suspected counterfeit money making operation. As part of this investigation counterfeit money was discovered in several communities throughout Fayette County. These bills included $50, $20, $10 and $5 dollar bills all having matching serial numbers on the bills. Upon execution of the search warrant, what is known to law enforcement as a counterfeit money lab, was discovered. This included several computers, printers, scanners and special paper, thousand’s of dollars of counterfeit money, pre-paid credit cards and documentation of an ongoing criminal activity were found. Controlled substance and drug paraphernalia were also seized while conducting the search warrant.

Sheriff Marty Fisher states that areas that may be affected could include multiple counties in northeast Iowa. He is asking for the public to check any $100, $50, $20, $10, and $5 dollar bills with these possible serial numbers:


This is an ongoing investigation and more charges and arrests could be made. 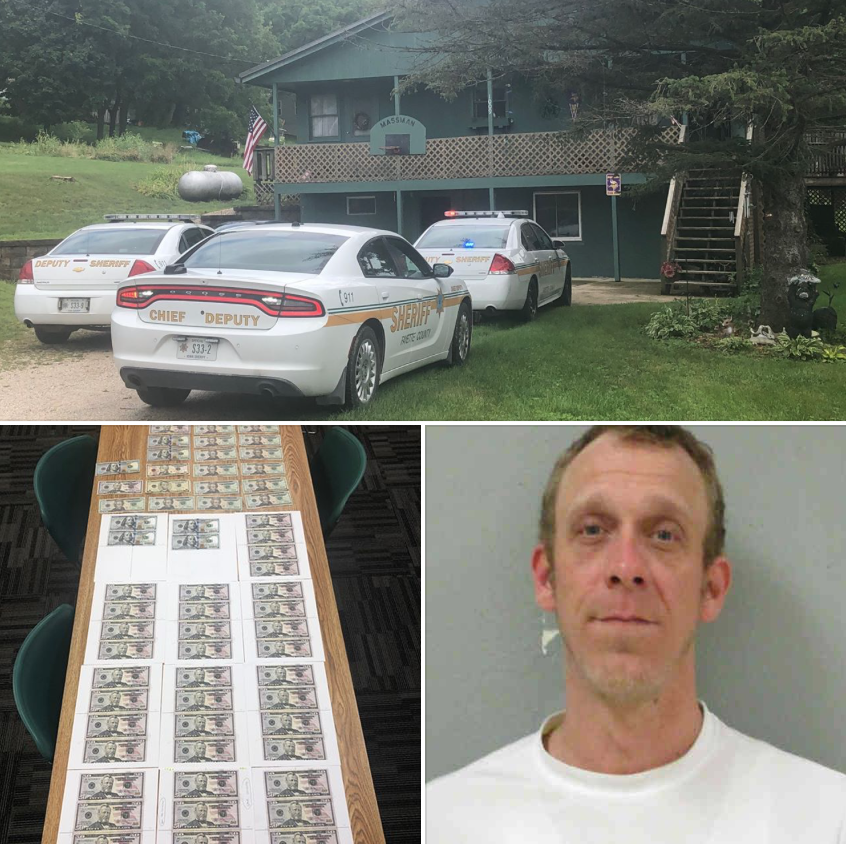